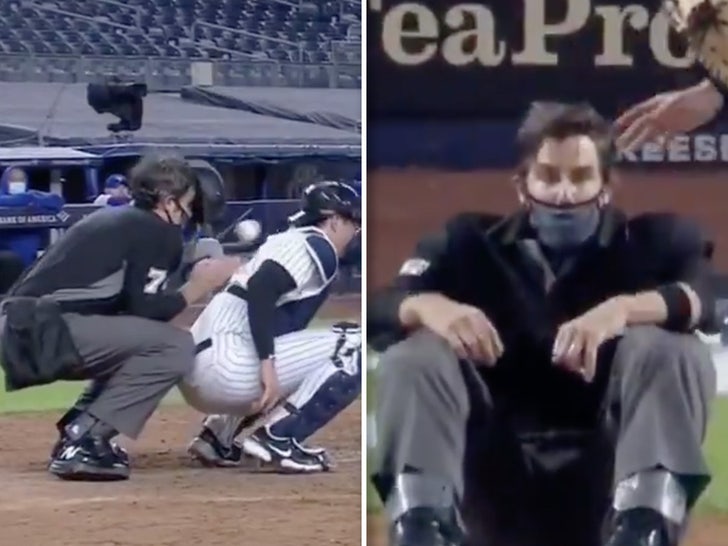 Terrifying scene at Yankees Stadium on Wednesday ... an MLB ump was drilled in the face by a 99-MPH Gerrit Cole fastball -- and things did NOT look good for the guy for a while.

The unbelievable moment all went down in the 7th inning of New York's blowout win over the Toronto Blue Jays ... when Cole was looking to strike out Lourdes Gurriel Jr.

On a 3-2 count, Cole threw his trademark heater up in the zone to get the punch-out ... but it appeared his catcher, Kyle Higashioka, was expecting a breaking pitch.

The result? The ball screamed past Higashioka's glove and ended up cracking home plate ump John Tumpane right on the chin.

The video of the throw is scary ... you can hear Tumpane let out a huge yelp as the pitch struck his face -- with the ump then immediately crumpling to the ground.

The 37-year-old sat on the dirt for a few moments ... and got up trying to shake off the hard hit.

Eventually, trainers gave Tumpane the OK to get back in the game ... and Cole later apologized after the inning for the cross-up with his catcher. 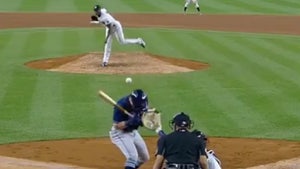 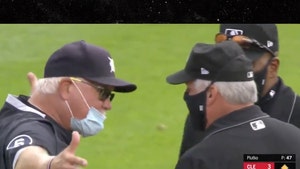