An extremely rare Giannis Antetokounmpo rookie card just became the most expensive piece of cardboard in basketball ... with the final bid fetching a whopping $1.812 MILLION!!!

As we previously reported ... the signed Giannis card --  listed by Goldin Auctions -- features a piece of a game-worn jersey from the Greek Freak's rookie season. 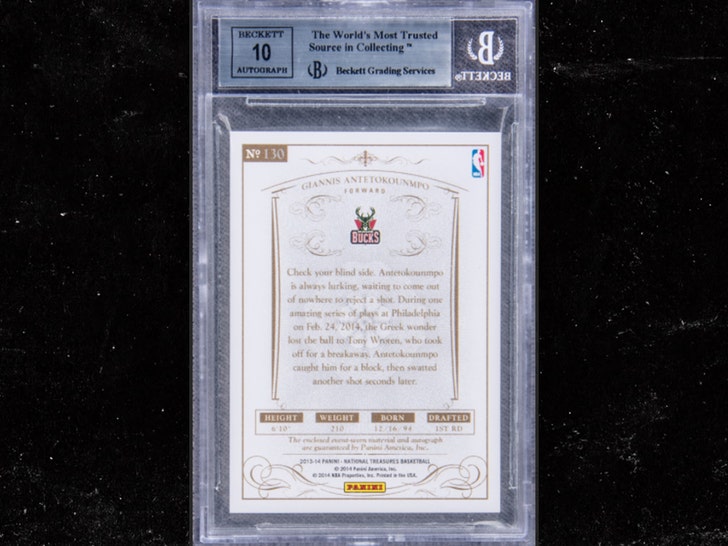 The card was part of the Panini America's 2013-14 high-end "National Treasures" line ... and features the NBA "Logoman" patch from one of Giannis' rookie jerseys.

The card was graded a MINT 9 by the Beckett Grading Service ... which had the most hardcore of collectors salivating over the thing.

At the time, Goldin told us it could become the most expensive basketball card in modern-day history ... and they were right -- with the Giannis card edging out the LeBron James rookie card that sold for $1.8 million in July.

Now that's an INSANE amount of coin ... but it's still nowhere near the Mike Trout rookie card that fetched $3.93 million earlier this year. 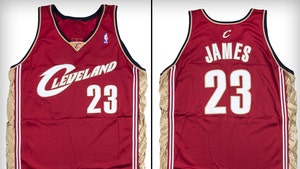