Legendary skater Keith Hufnagel -- one of the most influential skateboarders of all time -- passed away earlier this week at the age of 46.

Hufnagel had been battling brain cancer for the past 2 and a half years ... and fought to beat his original diagnosis.

In addition to being a badass on the board, Hufnagel was also the founder of the immensely popular and important skate shop, HUF Worldwide.

"Keith loved skateboarding and the culture around it," the brand said Thursday. "He did things his way and did them for the right reasons. He inspired so many of us across the globe."

"But above anything else, Keith loved and supported the people around him. He would do anything for his friends, family and children. He passionately wanted to see others succeed. And we all loved him for it."

The skate legend is recognized as a streetwear and sneaker icon.

USA Skateboarding released a statement on KH's death, saying ... "We are devastated to hear that Keith Hufnagel has passed away. His impact on skateboarding, both on his board and off it as a designer, brand owner/founder and friend will live forever. Rest in peace, Keith"

Keith is survived by his wife, Mariellen ... and their children. 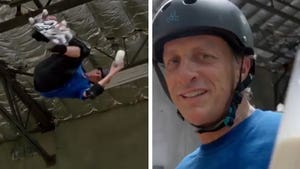 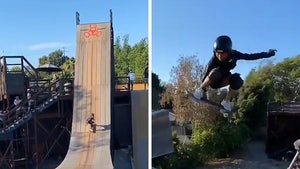