Landon Donovan's pro soccer team straight-up walked off the field in protest Wednesday ... after a member of his squad claimed an opponent used a homophobic slur on the pitch.

Donovan's San Diego Loyal team was playing against Phoenix Rising FC in a USL game in San Diego ... when one of Landon's players said a verbal insult was hurled his way just before halftime.

The player, Collin Martin -- an openly gay man -- reportedly claimed Junior Flemmings called him a "batty boy" ... which is known in Jamaican dialect as an anti-gay slur.

Donovan, Martin and the whole Loyal team were livid over the alleged comment ... and demanded referees or Phoneix Rising FC's coach remove Flemmings from the game.

In video of the argument between Donovan, the refs, and the Phoenix coach ... the U.S. Men's National Team legend can be seen and heard animatedly explaining his team's outrage.

When Flemmings was not removed at the start of the 2nd half ... Donovan's Loyal team took a knee and then left the field -- forfeiting a game it was leading 3-1.

The @SanDiegoLoyal took a knee as the second half kicked off, then walked off the field in support of their teammate, Collin Martin, who was called a homophobic slur.

Here is that moment: pic.twitter.com/2uWbPGq6h4

Afterward, Donovan explained that since one of his players had been racially abused in a game just a week ago ... they weren't going to stand for any kind of insensitive comments or actions on the field going forward. 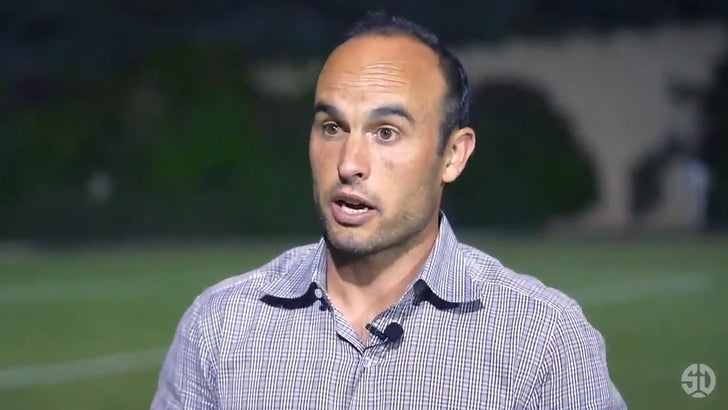 "We went through a really hard incident last week in the L.A. match and we made a vow to ourselves, to our community, to our players, to the club, to USL, that we would not stand for bigotry, homophobic slurs -- things that don’t belong in our game."

The USL says it's investigating the incident, adding in a statement, "Foul and abusive language of any type has absolutely no place in our society and will not be tolerated in USL matches."

For Flemmings' part, he denies ever saying the comment ... writing in a post on social media, "At no point did I say a homophobic slur towards Collin Martin."

"I do not know Collin personally, but I respect all of my opponents equally, Collin included."

Flemmings continued, "I am disappointed by San Diego's actions this evening as I have been mauled and ridiculed online with no opportunity to defend myself ... I stand in solidarity with the LGBTQ+ movement." 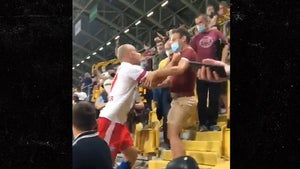 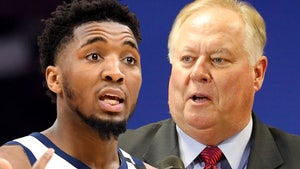