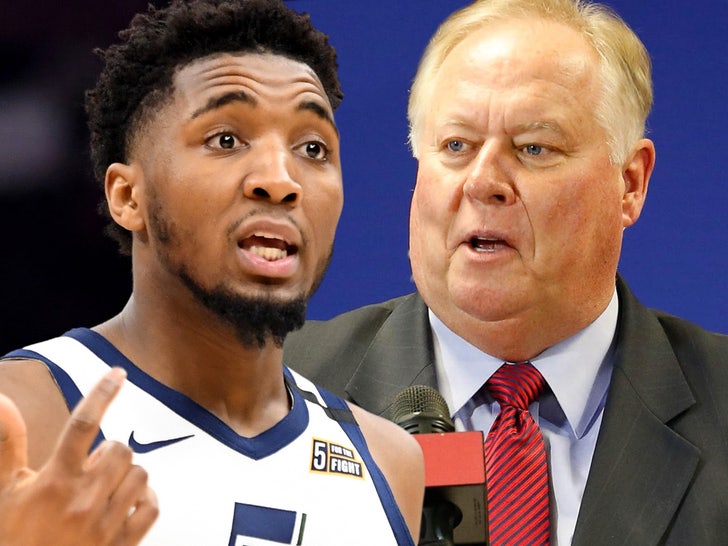 Utah Jazz superstar Donovan Mitchell is going OFF on MLS team owner Dell Loy Hansen for comments he made about player protests ... demanding he sell the team if he doesn't approve.

Hansen appeared on a radio show Thursday morning to express his frustrations with the game being postponed ... comparing the feeling to being stabbed.

"It’s a moment of sadness," Hansen told X96’s Radio From Hell. "It’s like somebody stabbed you and you’re trying to figure out a way to pull the knife out and move forward. That’s what it feels like."

"The disrespect is profound to me personally."

Hansen also claimed the players do not care about local issues, the city or the organization ... and hinted at losing interest in improving the team.

"It’s taken a lot of wind out of my sails, what effort I want to put into recruiting players and building a great team," Hansen said. "It just seems that’s not a very good path to take."

Enter Mitchell -- who got wind of Hansen's comments and came up with a simple solution for his frustrations.

"WOW... if it’s taken 'the wind' out then sell the team... I stand with (Real Salt Lake) players,'" Mitchell tweeted.

Soccer star Jozy Altidore agrees with Spida ... and says he's even in the process of forming a group to buy the team.

"He needs to sell the team then," Jozy tweeted. "I’m involved in a group that’s ready to purchase it. Time for change." 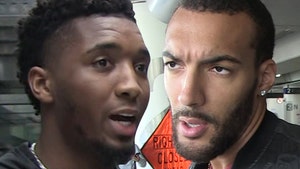 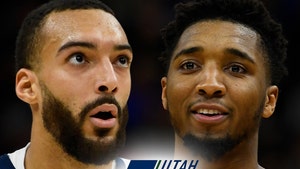 Utah Jazz 'Cleared' By Health Dept., No Longer At Risk Of Infecting Others