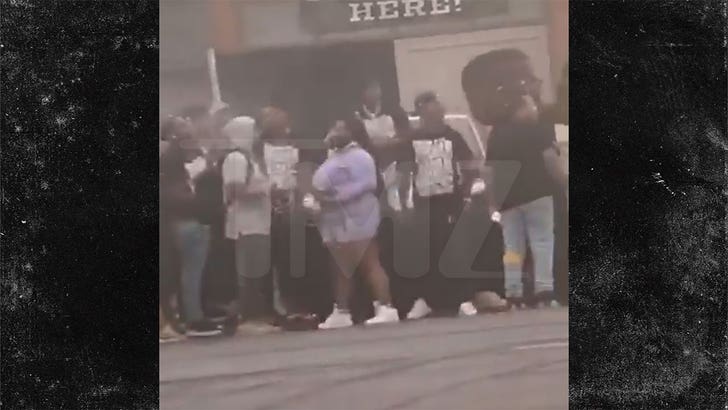 3:08 PM PT -- DaBaby's attorney tells TMZ ... Saturday's shooting was nearby the filming of his music video, but it was completely unrelated to the rapper or the video shoot.

The lawyer says DaBaby "sends his heartfelt prayers to anyone injured or otherwise adversely affected as a result of this shooting incident."

DaBaby's music video shoot ended abruptly when shots rang out and the crowd scattered, and it sounds like it might have been a drive-by.

The rapper was in Charlotte, North Carolina Saturday, ensconced in the crowd of what appear to be extras, when you hear shots from a distance. As the shots continue, you hear them get louder, and it seems someone may have been shooting from a vehicle.

The crowd scatters and you hear the screeching and burning of rubber as people make their escape.

It seems like at least one person got hit. We do not know their condition, or if anyone else was struck by bullets.

Cops responded ... we don't know if anyone was arrested. 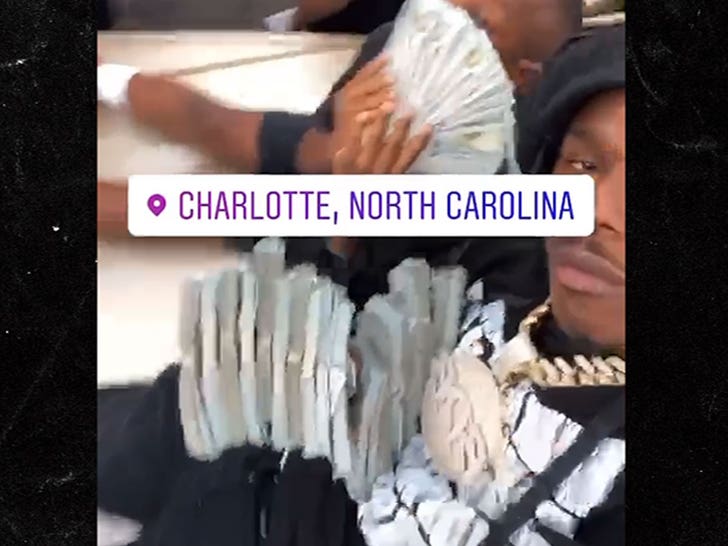 Earlier Saturday, DaBaby posted video of him holding stacks of cash as he sat on the hood of a car. And, Sunday morning, he followed up saying, "wasn’t there for the 'shootout' I’m hearing bout. I do got a new video on the way tho."