"Saturday Night Live" came back with a flurry Saturday night, with a strong measure of social justice ... calling out Kentucky Attorney General Daniel Cameron, playing audio saying he's no different than "the sellout negroes that sold our people into slavery."

The cold open was hysterical ... lampooning Tuesday's debate with Jim Carrey as Biden and, of course, Alec Baldwin as the Prez. Beck Bennett had the unenviable task of playing moderator Chris Wallace. He had a funny/ominous line ... "Just to ensure this is the worst presidential debate in history, I'd like to close with white supremacy."

The most hilarious part of the open ... Maya Rudolph as Kamala Harris, who made it clear, there's an endgame to all of this.

The season 46 premiere returned after a 4-month hiatus. There was a small, masked studio audience -- those seats were filled by first responders.

The cast did not hold back telling jokes about the latest -- Trump's coronavirus diagnosis. Colin Jost and Michael Che yukked it up about the irony of it all, as Michael wished Trump a lengthy recovery.

Colin said there was a major scramble to address the developments over the last 72 hours ... “This news was a lot for us to process a day before we came back on the air after four months off,” Jost went on ... “It’s been very weird to see all these people who clearly hate Trump come out and say ‘We wish him well.’ I think a lot of them are just guilty that their first wish came true.”

Chris Rock hosted, and had a hilarious line ... “The elephant in the room, President Trump’s in the hospital from COVID. And, I just want to say, my heart goes out to COVID."

Kate McKinnon played Ruth Bader Ginsburg. She was silent, but the imagery on the tube was moving ... “Rest in Power." 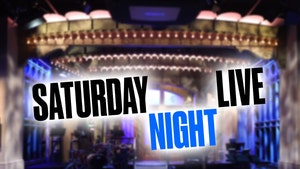