The SSC Tuatara has officially been crowned the "fastest production vehicle" EVER ... this after the supercar hit a staggering 331 mph on a Nevada highway earlier this month!

The rocket-ship-on-wheels took off on Oct. 10 on State Route 160 just outside of Las Vegas ... with its sights set on crushing a world record.

And, after a week and a half of analyzing data and confirming times ... officials say the car did exactly that.

Officials say that feat is good enough to dub the car the fastest production ride of all-time ... topping the Agera RS's 2017 mark of 277.9 mph.

And, get this ... the dude who drove the Tuatara says it could've gone even faster!!

"The car wasn’t running out of steam yet," Oliver Webb said of when he got the ride to 331. "The crosswinds are all that prevented us from realizing the car’s limit."

By the way, check out footage of Webb hitting the 331-mph mark ... it's intense as hell!

As for if you want a Tuatara of your own to speed around in ... hope ya got a small fortune -- the supercars are known to sell for around $2 MILLION!!! 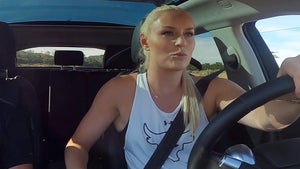