The biggest boy band on the planet will have the best seats in the house during the World Series ... with uber-popular K-Pop group BTS getting the cardboard cutout treatment!!

And, get this -- the guys got better seats than Tom freakin' Brady!!!

For those oblivious to the music industry, BTS has become the hottest thing in recent years ... with huge hits like "Dynamite," "Boy With Luv" and "DNA."

Their success is evident in the pic snapped of their seat location inside Globe Life Field on Tuesday ... with the band's cutouts placed in front row seats over the 6-time Super Bowl champ and his Buccaneers teammate, Rob Gronkowski.

We already know who @BTS_twt is rooting for. Who’s your bias? Ours is Yoongi. #WorldSeries pic.twitter.com/HNMw212UKh

While Jungkook, Jimin and the boys won't actually be present for the series between the LA Dodgers and Tampa Bay Rays, there WILL be some real-life fans in attendance Tuesday night ... so maybe someone can snap a selfie with the fake members?!

The Dodgers acknowledged the gesture ... and even gave a shout-out to Yoon-gi (AKA Suga), who has attended games at Dodger Stadium to cheer on his guy, pitcher Hyun-jin Ryu.

"We already know who (BTS) is rooting for," the team said on Twitter. "Who’s your bias? Ours is Yoongi. #WorldSeries"

Count this as a win for the BTS ARMY ... and may we request BLACKPINK cutouts next?! 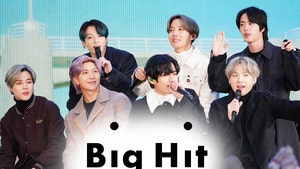 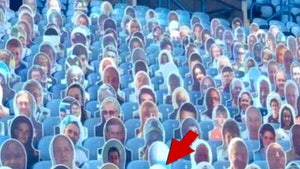