The Astros are STILL employing a bunch of cheatin'-ass cheaters ... despite having "pretty clear" evidence of who the bad apples are -- so says the team's ex-GM, Jeff Luhnow.

The 53-year-old -- who was fired for his alleged role in the team's 2017 sign-stealing scandal -- made the revelation in a lengthy interview with KPRC 2 that aired Monday.

"It’s pretty clear who was involved in the video decoding scheme, when it started, how often it happened, and basically when it ended," Luhnow said.

"And it’s also pretty clear who was not involved. And I don’t know why that information, that evidence, wasn’t discussed in the ruling, wasn’t used."

Luhnow continued, "The people who were involved that didn’t leave naturally to go to other teams are all still employed by the Astros."

In fact, Luhnow claims one of the "intimately involved" cheaters that he had demoted during his time as GM was actually re-promoted in the aftermath of MLB's punishments.

"None of those people faced any repercussions," Luhnow said. "They weren’t discussed in the report, but the evidence is all there that they were involved.”

As we previously reported ... MLB officials dropped the hammer on Luhnow and manager A.J. Hinch after the probe into cheating allegations was completed in January -- with the league suspending both men from the game each for one year.

The suspensions ultimately led to their firings from the 'Stros ... but Luhnow claims he got a raw deal in it all.

Luhnow says he has tons of documents, emails and messages proving he had NO awareness of a cheating scandal ... and he even says he offered to take a lie-detector test to prove it.

But, Jeff says he believes commissioner Rob Manfred overlooked it all to make him a fall guy for the scandal ... and he's clearly pissed about it.

Jeff added, "They had to create a case they felt good enough about in order to punish me.”

FYI, players received immunity from punishment for their cooperation in the investigation.

This year's team, meanwhile, was just bounced from the playoffs over the weekend ... losing in Game 7 to the Tampa Bay Rays. 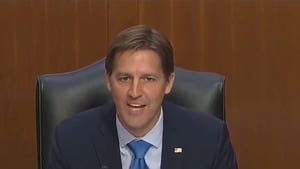