Carole Baskin's not only had 3 husbands, but also a wife ... but she says there's been one big difference between her male and female partners.

The 'Tiger King' star, who just this week came out as bisexual, tells TMZ ... she's had lovers from both sexes, and even had a "nonsexual wife" back in the day. Carole's said she could just as easily have married the woman in her life as she did Don Lewis, and then Howard Baskin.

However, we know Carole often sees things differently than most ... and marriage is no exception. First off, she says her "wife" was heterosexual, and that boundary was always respected.

So, with sex off the table ... Carole says they loved each other in a platonic way, and her partner did all the cooking, took care of their home and was even a secretary for Carole's real estate biz. BTW, she doesn't want to reveal the woman's identity to protect her from the media, but it seems they were together sometime in the mid to late '80s ... when same sex marriage was illegal, anyway.

As for Carole's rules of attraction -- she says for her it's more about who you are on the inside, and she doesn't have a preference for physical characteristics ... male or female. Of course, she takes it even deeper ... telling us human connection isn't about sex, gender, race or nationality because humans are ALL of those things.

Carole's also clearing up some statements about her sexuality ... telling us she doesn't identify as a transgender male despite telling PinkNews she feels she was born in the wrong body.

The Big Cat Rescue owner, who clearly believes in reincarnation, says you won't know why you were born as you were ... until you are between lives.

Sounds like a 9 lives thing to us, cats and kittens. 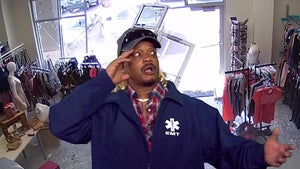 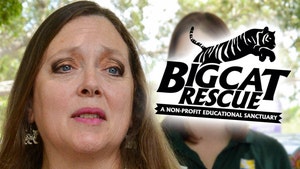