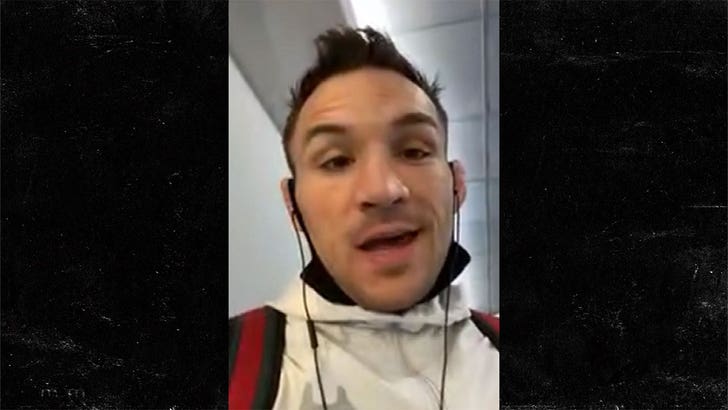 If Justin Gaethje is serious about fighting again in 6 weeks, Michael Chandler tells TMZ Sports he's all the way down to make that happen!!

Chandler -- who just signed with UFC after dominating Bellator for the past decade -- was the official "alternate" for the Gaethje vs. Khabib Nurmagomedov fight on Fight Island this past weekend ... and says he's already in shape for a 5-round main event.

So, when Justin took the mic after his loss to Khabib on Saturday and said he's ready to go again in the next 2 months ... Chandler says his ears perked up.

"That's a fight that I'd love for myself and for the fans," Chandler told us from the airport shortly after touching back down in the US.

Chandler believes his role as the alternate for the lightweight championship fight at UFC 254 should make him the number 1 contender to fight for the vacant lightweight belt ... now that Khabib has retired.

Chandler even delivers a message to UFC boss Dana White ... saying, "So, you need a new champion, why not me?"