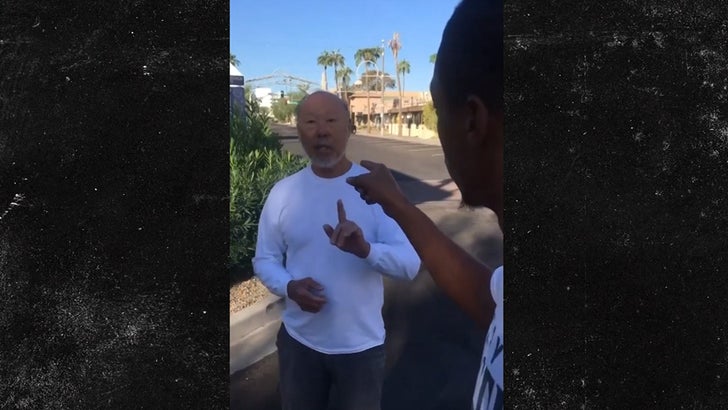 11:21 AM PT -- The man who said the n-word right in front of a Black man in Arizona actually told cops he said it off-camera before saying it again when the film started to roll ... this according to the police report from the incident.

According to the Scottsdale PD, at least a couple different officers were made aware of the altercation between Ng and Abram after the department getting a call from the owner of a nearby business getting negative threatening comments, even though the owner said she was in no way affiliated with Ng.

Remember, Ng was leaf-blowing in front of a business in Abram's video, and it seems like the owner was concerned Ng would be tied to her and the biz, and that retaliation would follow. Two officers followed up and tracked Ng down at his home.

According to the cops, Ng says Abram said something to the effect of a lot of racist white people being in Scottsdale -- to which Ng said he replied, "Well, not all of them are white, n*****." As for why he even bothered to approach Abram and his Black friend, Ng told cops he often keeps an eye out in the community, and takes notes of suspicious behavior and was concerned that the men were casing the area.

In the wake of recent looting, Ng told cops he's been extra vigilant for outside agitators ... thinking Abrams and his buddy might be one of them. Ng was apparently worried the two of them were doing "recon" scouting work.

When cops asked him if he realized how his comments could be perceived as inflammatory and spark a fight, officers claim Ng pushed back at first ... but ultimately said he understood but didn't see why so much energy was wasted on the incident. Didn't get him off the hook though -- because officers eventually arrested and cited him for disorderly conduct.

A racist had the gall to tell a Black man to his face that the public area he was trying to film in was a "no-n***er zone" ... and somehow walked away unscathed, at least at first.

The victim is Andre Abram, who was recording an episode for his podcast in Old Town Scottsdale, AZ last Friday with his cameraman, who's also African-American. As they were doing their thing, Abram says he noticed a guy giving 'em the eye ... who then approached.

That's when he started rolling and caught the guy's vile words on camera. The older man -- who, interestingly, is of Asian descent -- walks up casually and asks them what they're doing ... to which Abram tells him, filming on a public road, as he asks why the guy came over at all.

The man, who has since been identified as Paul Ng, then flat out tells Abram ... "this is a no-n***** zone," while going on to admit that he is, in fact, a racist. Abram disputes his claim about the area, and Ng continues to press him on where he's from and why he's there.

Abram then tells Ng to back up and step away ... he's clearly upset, but controls himself as he addresses his own camera about the situation. Ng, from across the way now, proceeds to use a leaf blower in front of a building ... which Abram assumes is his place of business. 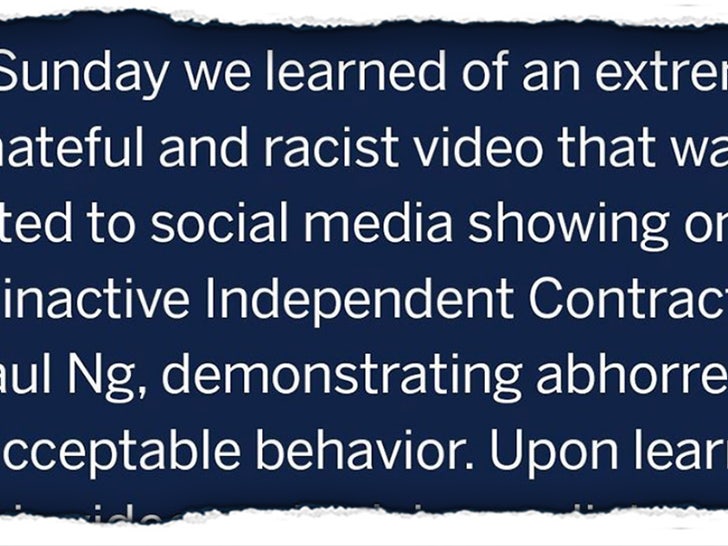 After the fact, local reports say Ng was later arrested by police on a disorderly conduct charge after the video was posted and went viral. Turns out, he was also fired from his real estate job -- with Russ Lyon Sotheby's Int'l Realty recommending his license be revoked.

One outlet reports that Ng later expressed regret for his comment -- and said he was simply looking out for his neighborhood, as they had had "trouble" there recently. 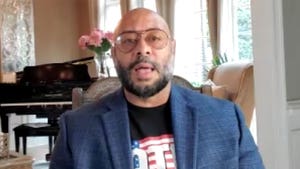