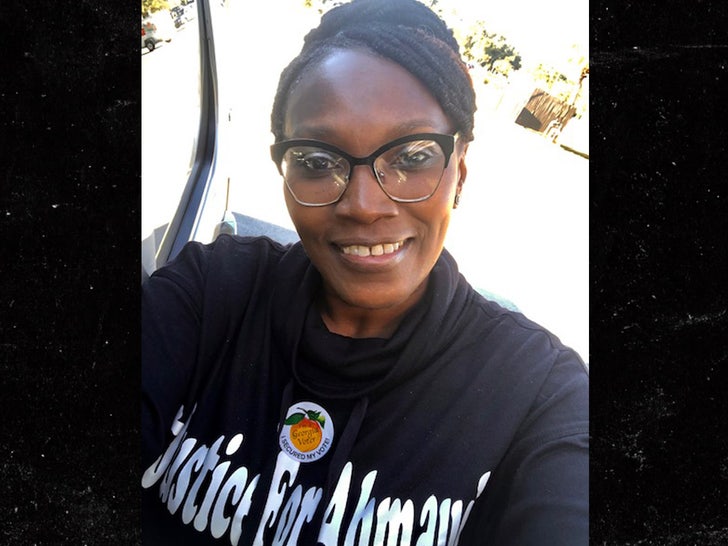 1:38 PM PT -- Wanda Cooper was in selfie-mode after casting her ballot at the polls -- she snapped a photo of herself, with her "I Voted" sticker prominently displayed. Wanda was also wearing a "Justice for Ahmaud" shirt.

Ahmaud Arbery's mother had a face-to-face with President Trump over the killing of her son -- but she still isn't voting for him, as she casts her ballot in the same city where her child was killed.

Wanda Cooper tells TMZ ... she's currently en route to Brunswick, GA to vote -- which is about a 3-hour drive for her. Wanda says she's still registered in Glynn County, but she doesn't live there anymore after relocating the fam in the wake of Ahmaud's death.

Brunswick is the city where Ahmaud was gunned down by the McMichaels in February -- and Wanda tells us it's important she votes there to honor him. As for who she's backing ... Wanda says she's voting for Biden-Harris, and adds Ahmaud would've done the same.

A GREAT woman. Her son is looking down from heaven & is very proud of his wonderful & loving mom!!! https://t.co/ZzKUbjlOOT

It's interesting ... Wanda actually met with Trump earlier this year to discuss Ahmaud and other race-related issues, and she had a pretty glowing review of how it went afterward.

At the time, Wanda said POTUS was compassionate and receptive to her story ... and the conference appeared to have gone well by most accounts.

But, Wanda doesn't believe he's lived up to a commitment of bridging the racial divide in this country. She says Trump's public comments on BLM and other issues pertaining to the Black community make her feel like what she said to him didn't really help after all.

Enter Biden ... whom Wanda says has won her over with his message of unity, and she believes he'll bring about real change. Moreover, she admires his backing of love and respect -- something she says Ahmaud also valued.

One last thing ... Wanda says Trump's handling of the coronavirus pandemic hasn't done him any favors, in her eyes. She says he hasn't shown remorse for those who've lost their lives -- another reason she's not backing him. 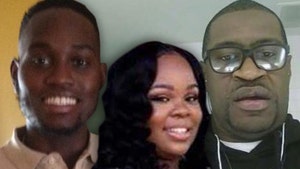