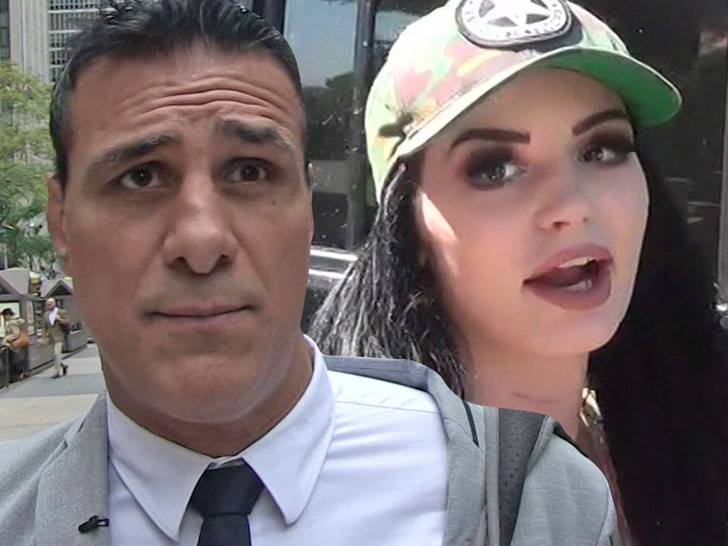 Ex-WWE champ Alberto Del Rio is adamantly denying new allegations he routinely physically abused his ex-girlfriend, Paige ... insisting she was the aggressor during their tumultuous relationship.

Earlier this week, Paige had publicly accused Alberto -- real name Jose Rodriguez Chucuan -- of terrorizing her on a regular basis before they broke up in 2017.

During an interview on GAW TV, Paige described the cycle of abuse -- saying the incidents escalated from once every few weeks to daily attacks.

"It's like it's up to 6, 7 hours a day you're literally trapped in a certain room and getting your ass beat every couple of minutes, you know what I mean?"

Paige -- real name Saraya Bevis -- also noted Alberto is currently facing criminal charges in Texas for allegedly attacking a different ex-girlfriend back in May, something she chalks up to "karma."

"Karma's a real thing and you put out what you receive -- and right now, he's receiving it."

We contacted Alberto for comment -- and not only did he deny the allegations, Del Rio insisted he's the real victim.

"It was the other way around," Del Rio tells TMZ Sports ... "I have the evidence. Not just words."

Del Rio says he's considering taking legal action against Paige for defamation -- and issued this comment to her.

"I would say Raya, why? Why? Why are you doing this Raya? And, I'm not calling you Paige because you were never Paige to me, you were Raya."

"Why would you hurt me in a moment like this?"

We reached out to Paige's camp multiple times for comment -- so far, no word back. 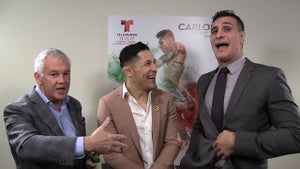