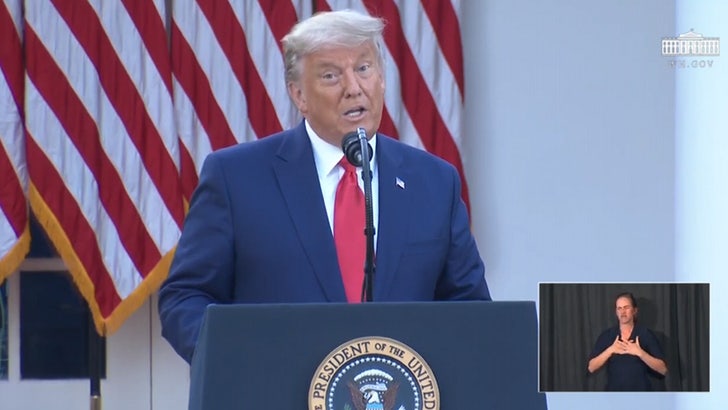 4:27 PM PT -- Well, that was fast. Cuomo responded by essentially saying it's not up to POTUS which states get the vaccine ... adding, "I don't think the FDA is going to play games at this point. So I don't anticipate any real issue." Cuomo also seems to know the source of Trump's wrath ... but makes it crystal clear New Yorkers will NOT be bullied. 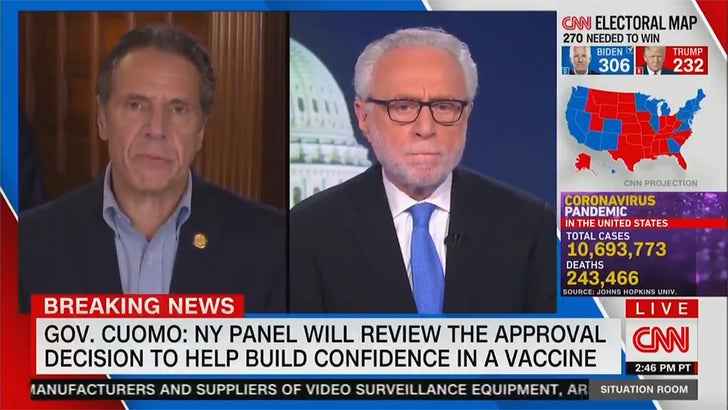 President Trump has surfaced with great news -- the whole country will be getting the COVID-19 vaccine next spring, unless you live in NY ... where all you're getting is screwed by the Trump v. Cuomo war.

The President made his first public remarks since the election, Friday at the White House ... and proudly announced Operation Warp Speed is ready to distribute Pfizer's vaccine as soon as it gets FDA approval. He's projecting delivery will begin in April.

Great news, right? Well, POTUS also served up a side dish of petty with the vaccine. He said NY state will NOT be getting the vaccine because Gov. Andrew Cuomo said he doesn't want it.

Trump was referring to comments the Gov. has made about not trusting a vaccine if the Trump administration rushes its approval. Well, The Prez is taking him at his word, and went on to rip Cuomo for his COVID-19 response in the Empire State.

The good news for NYers is there's still time for both men to squash the beef, and Trump did say everything could change if Cuomo calls and asks for the vaccine. Translation: Kiss the ring, then you'll get the meds.

However, the Governor's Office tells TMZ, "Trump has failed with his pandemic response, lied to the Americans about how bad it was when he knew otherwise & was fired by voters for his incompetence. Governor Cuomo is fighting to ensure the communities hit hardest by COVID get the vaccine."

The wild card, of course, is President-elect Joe Biden, who it appears WILL be in the Oval Office come April -- so, maybe Cuomo doesn't see a need to bow to Trump. 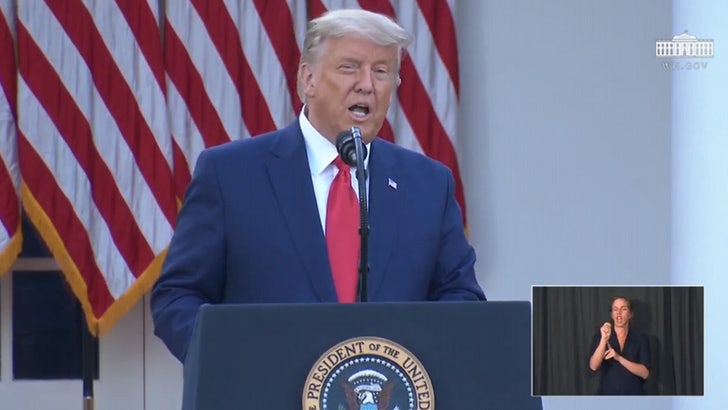 While Trump did not take any questions from reporters, he did make one reference to the election, saying, "This administration will not be going to a lockdown. Who knows which administration it will be ... I guess time will tell."

It's the closest he's come to acknowledging defeat, but still ... NOT a concession speech. 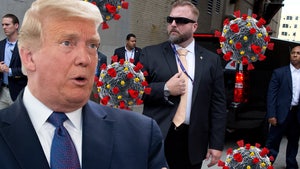 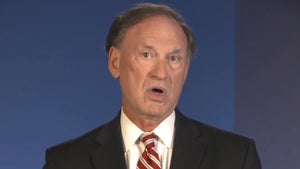