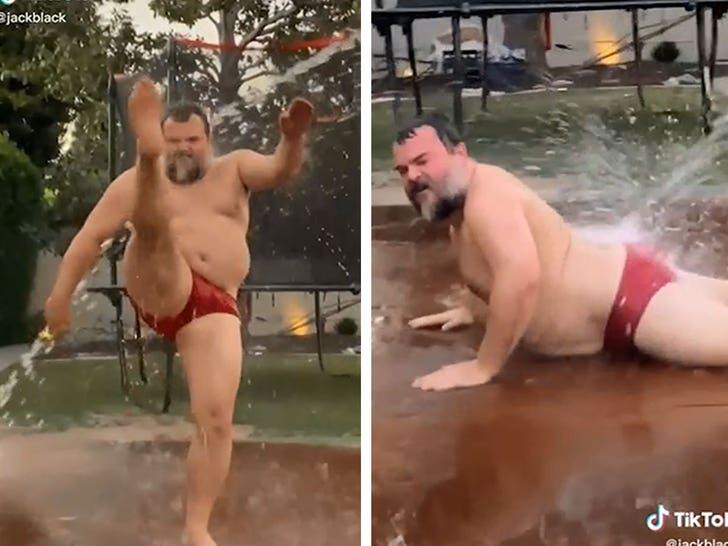 Jack Black's the hero 2020 needed ... getting down to the "WAP" challenge that'll make Cardi B proud.

The "Tropic Thunder" star threw on nothing but a red Speedo to pull off the hilarious challenge in a TikTok video he posted late Sunday night and captioned it, "Challenge accepted." The actor karate chopped, twerked and gyrated the hell out of the dance while getting soaked by a so-called "water technician."

Watching Jack Black do the WAP dance is the laugh I needed this morning.pic.twitter.com/Dnmd7sQsbe

Check out the video ... there's no way curiosity will let anyone not want to see the challenge -- which originated in August after the track dropped -- but beware ... because there's also no way to unsee it!!! It's worth it ... if starting the week off with a laugh is kinda your thing.

BTW ... the comments will also have ya rolling. One person responded saying Jack's dance looked like when a "fish accidentally jumps out of the bowl and lands on the floor." Robert Downey Jr. also implored, "Get it!!!"

Disney Parody Of 'WAP' is Fantastic!!!