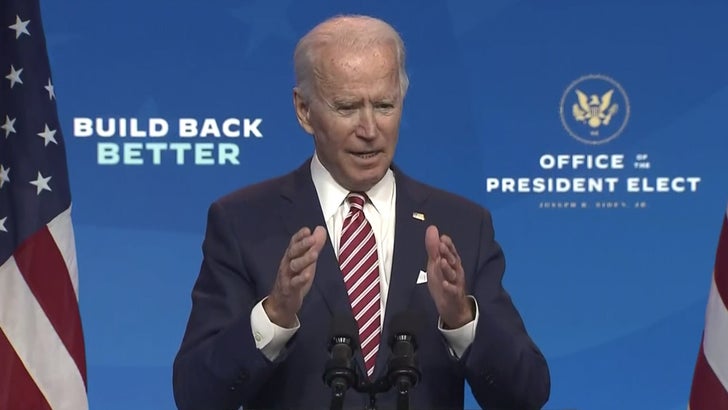 12:57 PM PT -- Joe Biden says he has no qualms about getting the coronavirus vaccine from either Moderna or Pfizer ... once they're fully approved and experts like Dr. Fauci give the green light.

The President-elect made his claim while addressing business and labor leaders Monday on the economic outlook of the country amid the pandemic. Biden says he won't hesitate to get vaccinated once the COVID meds are "ready for prime time," and claims the only reason people are untrustworthy of the vaccines in the first place ... is because of President Trump.

COVID-19 is about to get tag-teamed -- a second vaccine is on the way, and Moderna says this one has an even higher success rate than the first.

On the heels of Pfizer's announcement it has a coronavirus vaccine more than 90% effective in preventing COVID infections, Moderna's apparently one-upping it ... claiming to have one that boasts a 94.5% success rate.

The pharmaceutical giant released its early data Monday, which Dr. Anthony Fauci calls "as good as it gets."

Fauci says vaccinations could begin as early as the second half of December for high-risk groups, and be available for the rest of the public starting in late April.

Moderna's vaccine trial included 30,000 study participants -- 15k of which were given the vaccine, and 15k were given a saline placebo.

Among the placebo subjects, 90 of them developed COVID-19 over several months, and 11 of those patients got a severe case.

Among those given the vaccine, only 5 got COVID and none were severely ill. Moderna says its vaccine did not have any serious side effects, but a small percentage of people experienced symptoms such as body aches and headaches.

The incredibly high efficacy -- for Moderna and Pfizer's vaccines -- is great news ... the stock market is soaring. However, think about this ... a reported 30 percent of Americans don't trust a vaccine, and won't take it. So, it's plausible some people will pick their social circles based on who does get vaccinated. Just a thought. 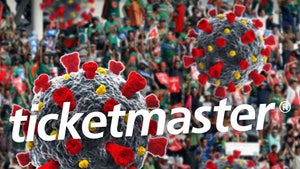