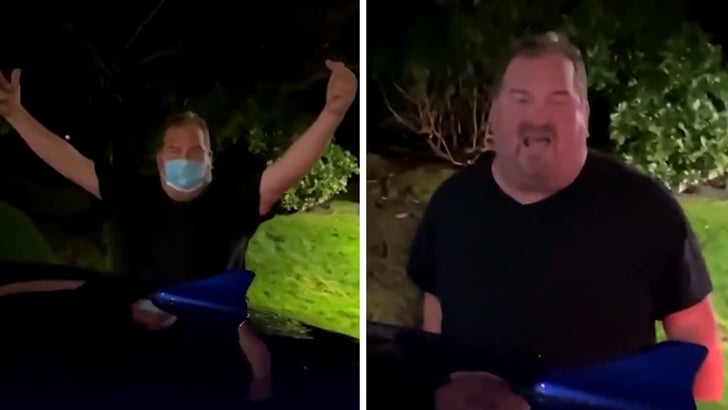 Lyft is dropping the hammer on this customer who went on a racist, profanity-laced rant against a driver ... and yes, face mask rage triggered this disgusting display.

The incident went down Tuesday night in Issaquah, Washington where the Lyft driver, David Kangogo, picked up a guy named Joe and his female companion -- but Joe allegedly refused to put on a face covering, which is Lyft policy.

The video -- recorded by David -- starts with the couple getting booted, and Joe asks David if he knows what a "sand n****r is." You also see Joe's companion tell him to shut his trap, because she is also recording the conflict on her phone.

The woman yelled, "We expected a Lyft ride home. That's what we expected" -- to which David replied, "Just put on your mask."

Joe still wasn't down for that, and instead threatened to urinate in David's car ... before hurling the racial slur again. David left Joe and his epithets on the curb and left without any physical violence.

Once Lyft saw the vid, the company reacted quickly by permanently banning Joe. 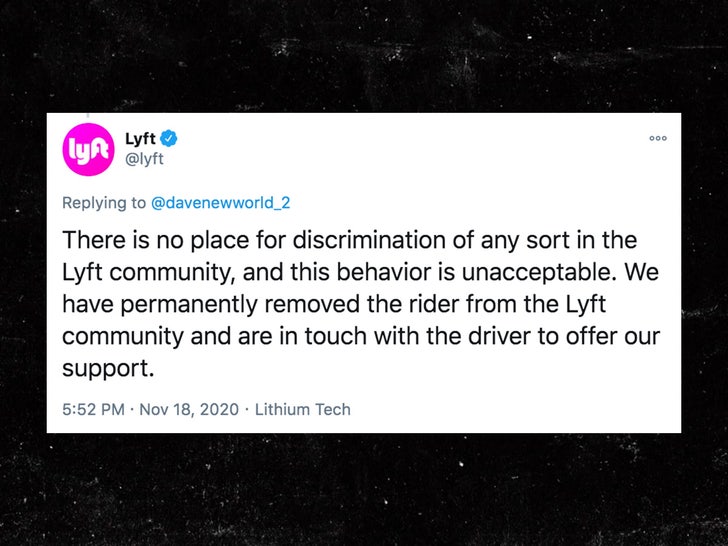 Justice. It does happen. 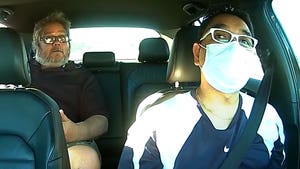 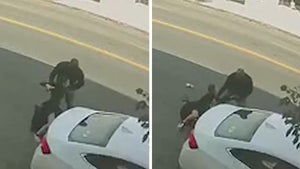