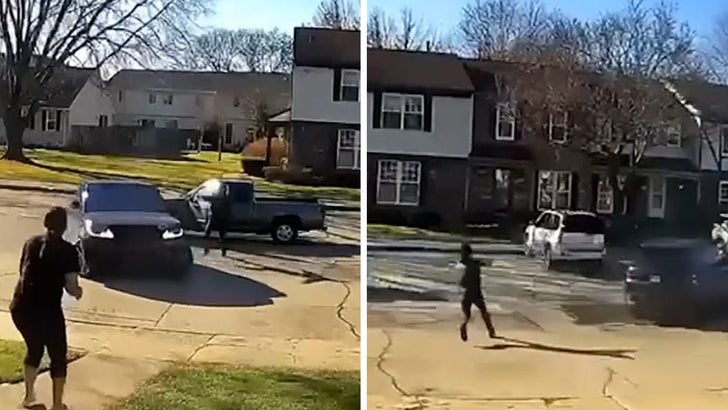 10:36 AM PT -- According to Sterling Heights police ... cops believe this was a targeted hit in which the suspect was waiting for the woman to leave her residence and clearly trying to kill her.

We're told the victim was shot at least twice and is currently hospitalized in stable condition, and thankfully recovering from non-life-threatening injuries.

Cops say the shooting suspect has not been identified and is still at large, and no motive has been established at this time.

A woman trying to leave a condo complex got ambushed by a man in a pickup truck, who opened fire on her ... and all signs point to a hit job.

The video footage from a home security cam shows the horrifying scene played out Saturday ... in Michigan.

The woman leaves the residence and gets in her SUV, but as she backs up ... suddenly a truck across the street drives behind the SUV and blocks her.

The driver of the truck jumps out and begins firing. You hear at least 8 shots ring out, as her friend screams from outside the condo.

The SUV driver flees the scene and the shooter follows her. Around 30 seconds later the victim returns to the condo and runs inside, yelling to her friend, "I'm shot!"

The victim's condition is unknown. Police are searching for the shooter. 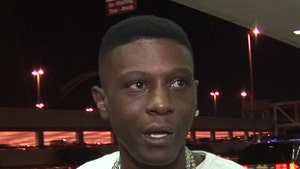