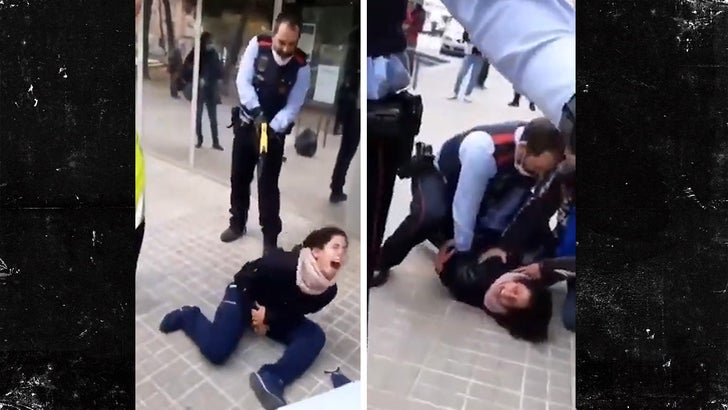 A woman in Spain could only scream and writhe in pain after getting tased by cops ... and it's all on video.

The incident went down in the town of Sabadell -- about 30 minutes north of Barcelona -- where police whipped out their Tasers after they say the woman kicked officers while resisting arrest following an alleged assault on medical workers, a crazy chain of events that begins with her violating COVID rules.

The woman admitted to breaking virus protocols by trying to bring her mother to her doctor's appointment and also copped to kicking the cops, but she says she only kicked because police used excessive force when they tased her in broad daylight before stunned bystanders.

The police, meanwhile, stand by their use of the Taser ... again, claiming she assaulted staff at the doctor's office and gave a cop a kick while resisting arrest.

It's a pretty intense video ... and the woman needed a hospital trip for her injuries and spent the night in jail after being booked for assault.

COVID rules are driving people nuts ... and not just in America. 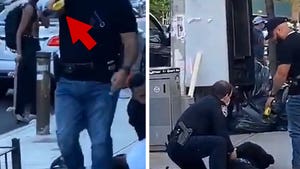