Steelers d-lineman, Stephon Tuitt, just gave his teammates some advice that'll make fantasy owners salivate -- run up the score against the Ravens, 'cause this one's gonna be a cakewalk!!

Pittsburgh vs. Baltimore is minutes from kickoff after being delayed THREE times due to a COVID-19 outbreak ... which left several key players -- including Lamar Jackson -- sidelined for Wednesday's matchup.

Tuitt -- who is also missing the game after being placed on the COVID-19/reserve list over the weekend -- made sure his guys got some encouragement before kickoff ... and threw some shade at the Ravens in the process.

"Good luck to the boys today," Tuitt said on IG. "Pad the stats - should be an easy one. Eyeing my return for next week against Washington where I should catch up. I say it because I believe it."

Look -- being without Jackson, Mark Ingram, J.K. Dobbins, Mark Andrews, Willie Snead and Calais Campbell (JUST TO NAME A FEW!!!) is gonna be tough for the Ravens ... but they might have just gotten the bulletin board material they needed to pull off the win. 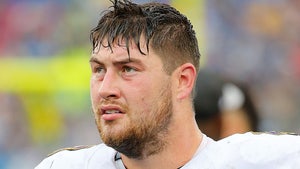 Ravens' Matt Skura Gets Threats After Bad Game Against Pats, 'Family Is Off Limits' 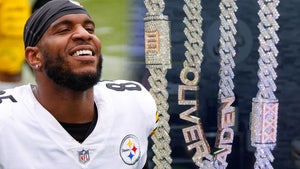