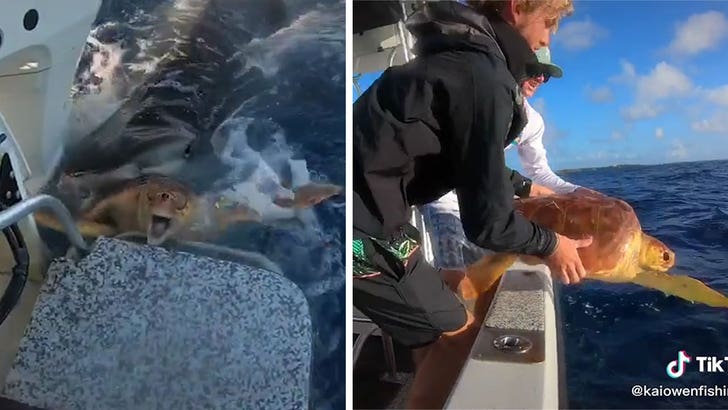 This sea turtle deserves to live after amazingly fighting off a hungry tiger shark -- captured on video -- just long enough for a couple of dudes to save his shell.

The 2 men were fishing in the waters around the Bahamas when they noticed the turtle desperately trying to escape the jaws of the shark ... in fact, it looks like it was about to lose the battle. The razor-sharp teeth were biting into the back end of the shell, but the turtle was still trying to swim away.

The turtle then made a serious power move ... trying to swim up onto the back of the boat. When the shark fell back for a moment, the fishermen sprung into action -- they had just enough time to pick up the turtle. 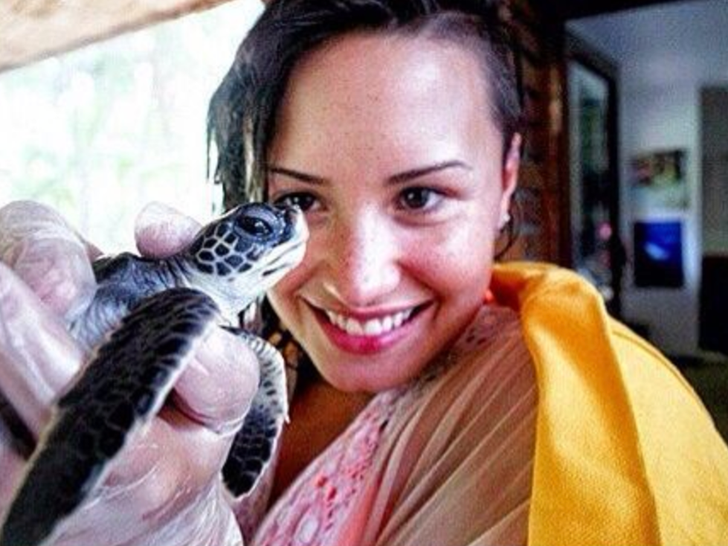 It's unclear if the guys waited for the shark to disappear ... but they eventually released it back into the water. One helluva save, for sure!!!

BTW ... tiger sharks are considered "the garbage cans of the sea" because they eat just about anything and especially sea turtles. Except this one. 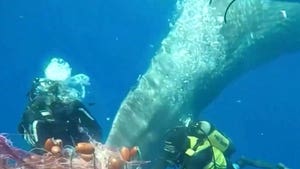 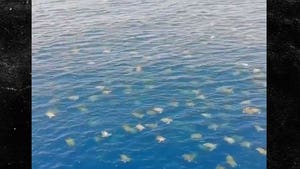