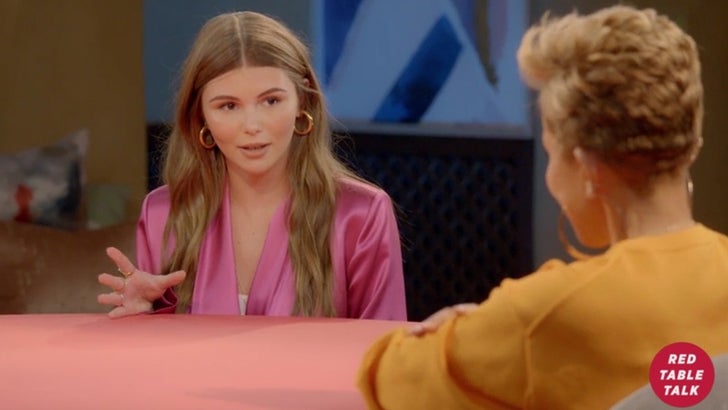 Olivia Jade's breaking her silence on the college admissions scandal in which she and her parents became the poster family for white privilege ... and it ultimately landed her mom and dad in prison.

At one point during Olivia's sit-down -- which included Willow Smith and Jada's mom, Adrienne Banfield-Jones -- Adrienne confronted Olivia, asking if she could understand why so many people were upset with her family.

Olivia says she gets it, and it's helpful for her to hear so she can better understand the problem. She also seemingly admits her family used their means to gain an advantage ... which, of course, is the heart of the issue for many people.

The popular YouTube influencer's full interview will drop Tuesday. Olivia said she felt comfortable discussing the scandal at the 'Red Table' because "it feels really safe," adding ... "but it also feels honest and it feels like we’re gonna all lay it out here and it’s gonna be an open conversation." Jada platform's becoming a go-to place for celebs in crisis.

As we reported ... Olivia's parents both took plea deals for their roles in the admissions scandal, which included paying fixer Rick Singer $500,000 to help her and her older sister, Isabella, get accepted into USC.

Part of the scheme included creating a bogus resume for Olivia ... making it look like she was a member of a rowing team so she could get a spot on USC's crew team. There were even action shots taken of both Olivia and Bella practicing their "rowing."

Remember, Olivia posted back in 2018 that she didn't even want to go to college ... other than for game days and partying. Olivia hasn't spoken about the scandal ... until now.

If all goes according to plan, Olivia's mom will be released around Christmas time, and her dad will be out in the spring. 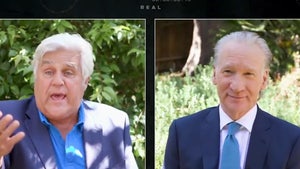