The Trump campaign's "star witness" about alleged voter fraud denies she was boozing before her now-infamous testimony ... which is always a great sign it went well.

Melissa Carone has spoken out about last week's Michigan hearing led by Trump lawyers Rudy Giuliani and Jenna Ellis, in which Melissa stole the show with her unfounded claims and unhinged behavior.

At one point, Giuliani even appeared to try to reel her in -- to no avail -- and people speculated she might have been intoxicated.

Carone insists she wasn't though, telling "Inside Edition" she'd go under oath to prove it. She says that's just her personality, and even though she's been widely mocked for it -- including on 'SNL' -- she seems cool with it.

What's not cool is that despite Giuliani being hospitalized for COVID-19 after the public hearing, and Ellis also testing positive, Carone's refusing to quarantine ... even though she sat right next to them without a mask.

This defies a local county order that anyone in direct contact with someone who tests positive for coronavirus must quarantine ... but Carone doesn't seem to care. 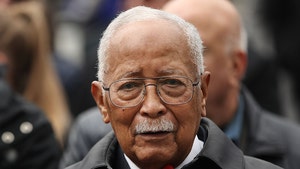 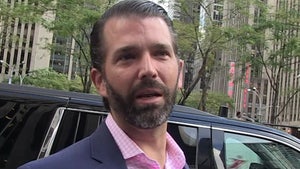