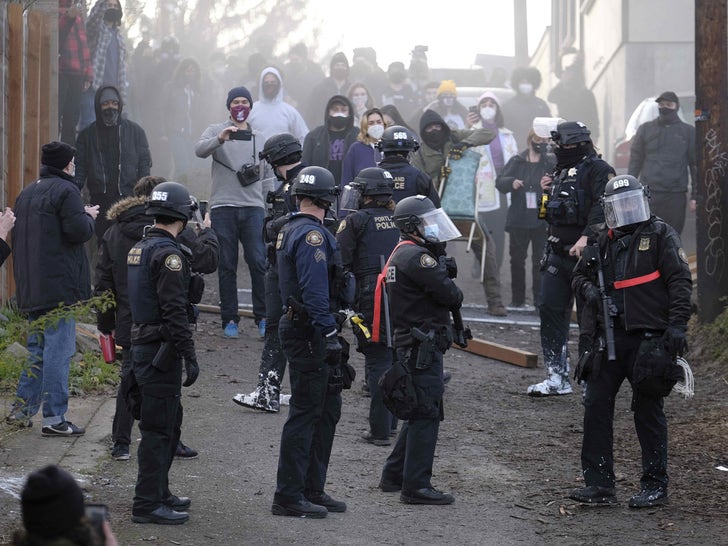 A Portland controversy that's been simmering for months is now boiling over ... creating a chaotic confrontation with cops and several arrests ... and the Mayor's fed up.

Protesters gathered at a home dubbed "Red House on Mississippi" Tuesday morning to keep police from allowing fencing to be put up on the property, but it escalated to violence ... including rocks and paint-filled balloons being hurled at the officers.

After the fencing was up, police attempted to leave but the chaos continued when demonstrators removed part of the fence and trespassed on the property, and even created a makeshift barricade to block off the street.

With no sign of the chaos subsiding, Mayor Ted Wheeler authorized Portland Police "to use all lawful means to end the illegal occupation," adding ... "There will be no autonomous zone in Portland."

Cops say 7 arrests were made, and several police vehicles were damaged. Mayor Wheeler is rebuking the demonstrators for their behavior, saying ... "There are many ways to protest and work toward needed reform. Illegally occupying private property, openly carrying weapons, threatening and intimidating people are not among them."

So what's this all about? Well, activists have been protesting at the location since an Afro-Indigenous family -- the Kinneys -- got evicted in September. Their house went into foreclosure and the Kinneys were forcibly removed amid the pandemic and raging wildfires in Oregon ... which did not sit well with people. 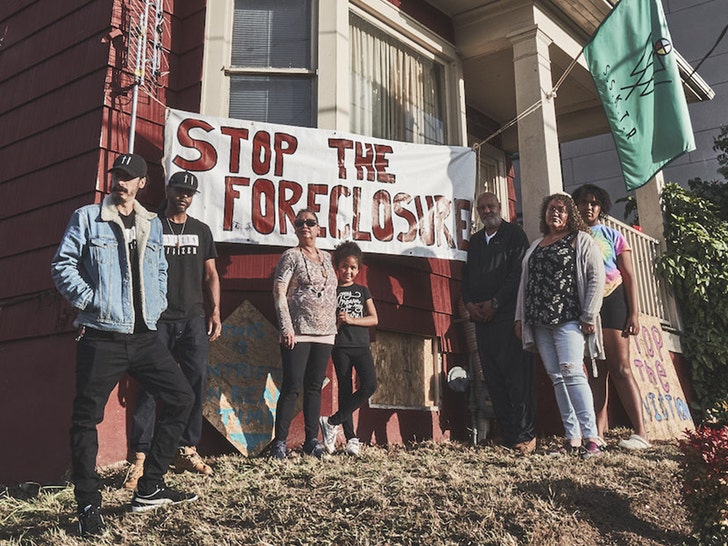 The eviction sparked a rally to help the family reclaim their home on North Mississippi Ave, but has also evolved into a larger protest of evictions during the COVID crisis ... which makes the homeless crisis even worse.

So, Portland demonstrators have made the Red House the focal point of their larger message and their efforts have helped the GoFundMe accrue over $100k to fight the eviction -- but the problem is ... cops say there have been more than 80 calls about the property in the past 3 months.

These calls include reports of fights, shots fired, burglary, thefts, vandalism, trespassing, threats and illegally blocking traffic ... and clearly, the City and law enforcement want it to stop. 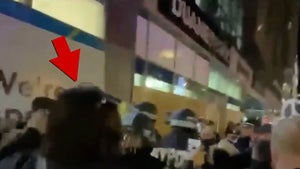 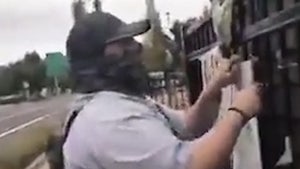