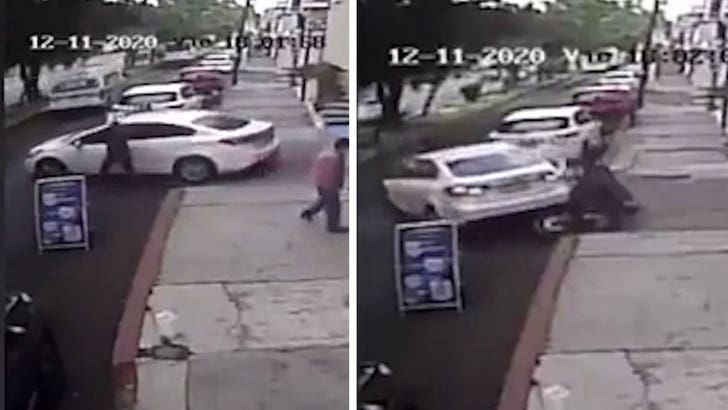 Carjacking is a dangerous proposition ... just ask these 2 men who nearly got trampled by a pissed off driver, and it's all on video.

The attempted carjacking went down this month, and you see 2 men on a scooter trying to stop a car as it pulls out of a driveway. One guy pulls something from his waistband and points it at the driver's window and tries to open the door, but the car peels off.

The would-be car jackers give up, and hop on the scooter to try to make a quick getaway, but not before the driver of the car hits the brakes and comes flying down the street in reverse, and smashes into them.

The moment of impact did some heavy damage to the scooter, but the men survived and started running down the street. The car driver must've been seriously pissed off ... because they continued racing after the suspects as they tried to flee.

Ya gotta see the video ... it's better than anything you've done in GTA. 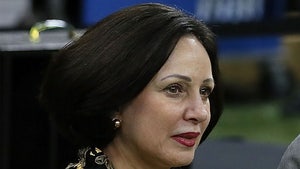