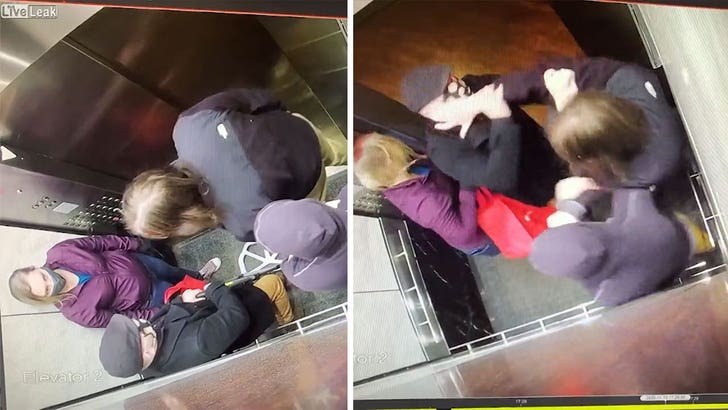 Word to the wise ... intentionally coughing into a crowded elevator can result in bodily harm -- as proven in this surveillance footage of said cougher catching an ass-whooping.

This video's crazy ... the pandemonium started when a man tried to get into an elevator car that already had 3 passengers. Someone inside appeared to signal to the fourth guy to wait for another ride ... 'cause in a pandemic, three's definitely a crowd.

He initially seemed okay with waiting, but as the doors began to close ... he hopped onboard, and tempers started to flare. The 4th wheel guy started getting the business, verbally, from another passenger -- but decided to respond by pulling down his face mask and intentionally coughing.

That's what ya call the last straw, and as soon as the elevator doors opened again ... the brawl was on!!! The cougher got beat down, and dragged out of the elevator ... where he was forced to wait for another one to arrive.

Probably what he should have done in the first place.

As we've seen over the last 9 months -- keep your coughing to yourself, whether it's on people, or even grocery produce. 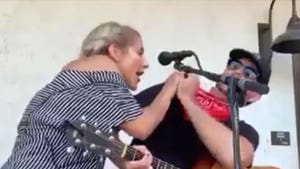