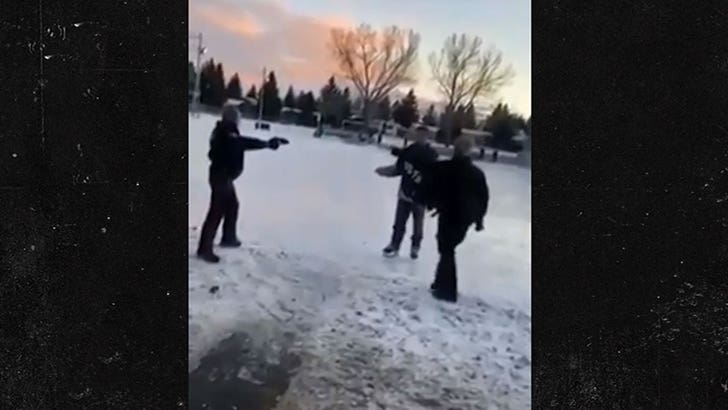 Cops in Canada descended on an ice skating rink, arrested a player and threatened to tase him ... and it was all captured on video.

Calgary cops claimed the game defied the law limiting outdoor team sports to 10 participants, with 2 meters separating them. There were 40 people at the game ... thus the violation.

Two of the officers approached one of the players, who ignored their orders to get on the ground. One of the cops knees the player, but he stays upright.

The player was arrested for resisting arrest and violating the public health restriction.

The PD tells us the man was not arrested for playing hockey ... he was arrested because he refused to follow the officers' orders and wouldn't ID himself so they could issue him a ticket.

The police add they got complaints regarding the way the officers handled the situation.