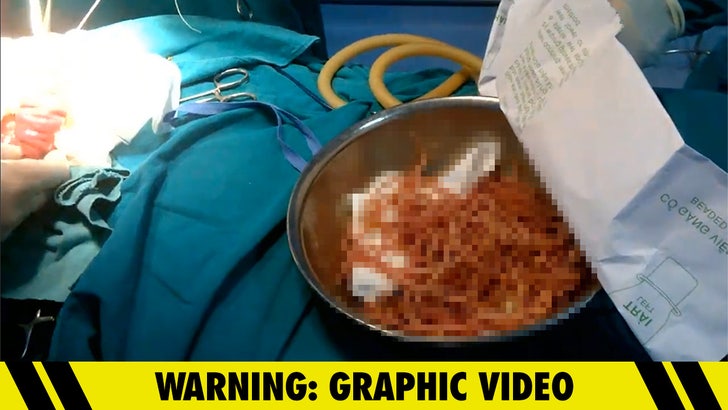 Welp, here's a Christmas nightmare -- a guy with a painful grumbling in his gut quickly learned more than 100 worms had set up shop in his body, and had to be surgically removed.

This went down this week in the Vietnamese city of Thanh Hoa, where reports say a man wandered into a hospital with complaints of incessant stomach pain. A doc checked him out and discovered his stomach resembled a live bait shop -- it was basically worm city in there!

Of course, they immediately sent the dude into surgery, and recorded the whole thing -- which means you can watch what happened, but ya better be into this kinda thing, 'cause it is GROSS!!!

The doctor and his team literally fished out more than 100 parasitic worms -- which had apparently started with just one that laid a bunch of eggs. Word is ... the medical team chalked the infestation up to poor eating habits. Go figure.

When Tums or Pepto don't do the trick ... there might be live critters.😬 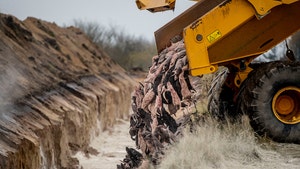 Denmark's 'Zombie Mink' Problem Bites Them, Carcasses to be Dug Up 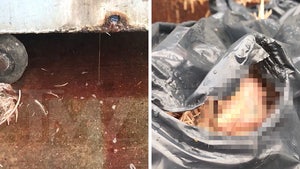 You Might Want to Rethink Weird News Nurse! Viral