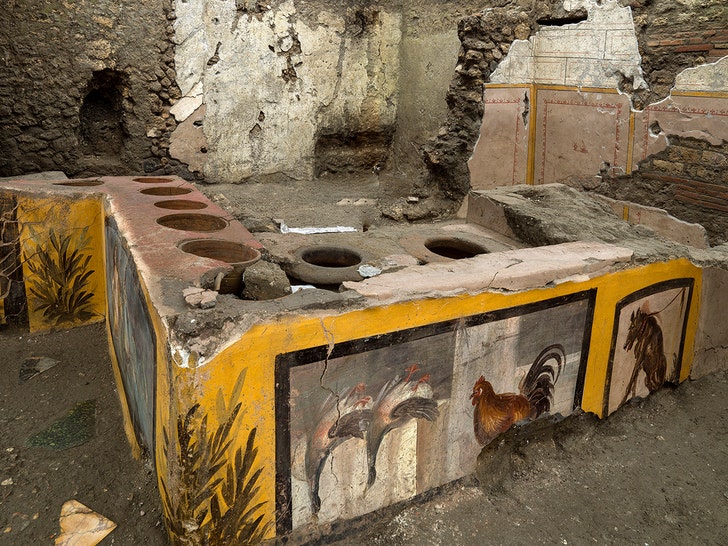 The equivalent of a snack bar -- or perhaps even a food truck -- has surfaced in the ancient city of Pompeii ... and by the looks of it, those Romans sure liked their chicken and duck.

Archaeologists publicly unveiled a discovery Saturday in the ruins of the one-time flourishing Italian city -- which was buried under volcanic ash in an historic eruption nearly 2,000 years ago -- and it amounted to a street food vendor set-up that's incredibly well-preserved. 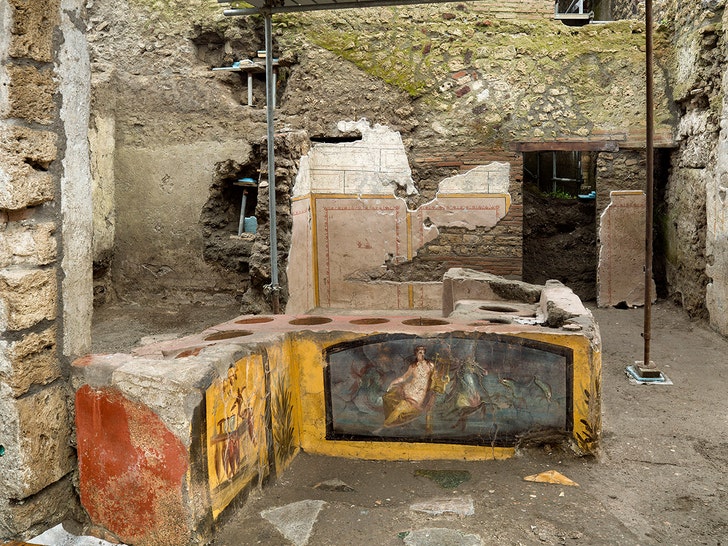 The technical term for it is "termopolium" -- Latin for hot drinks counter -- but it would appear the Romans served more than just beverages out of this thing ... diggers uncovered traces of really old animal parts in the counter wells you see here ... fish, pork, snails, beef and other protein that were apparently dished out to paying customers once upon a time.

Not just that, but check out the fresco paintings on the front and sides of this bygone eatery -- the Romans depicted chickens, mallards, dogs (supposedly as a warning, they say) and even an angel-looking figure. So yeah, they knew how to advertise their goods/services. 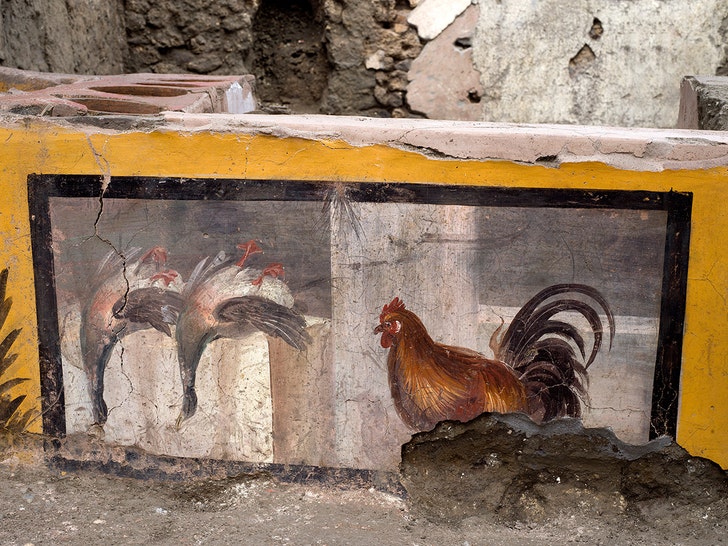 Some other related items that archaeologists found ... a bronze drinking bowl, ceramic jars for soups and stews, wine flasks and amphora (a long jar/vase used for transporting a variety of crops and/or food). It just goes to show once more -- the Romans were pretty damn advanced before things came crumbling down, but most of us already knew that.

What remains to be seen from this food stand ... if it was part of a larger food court, or even mall. We're kidding ... we think 😅. 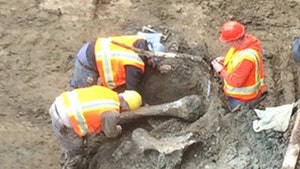 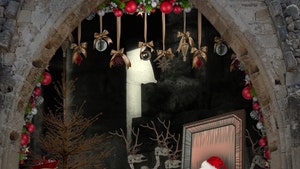