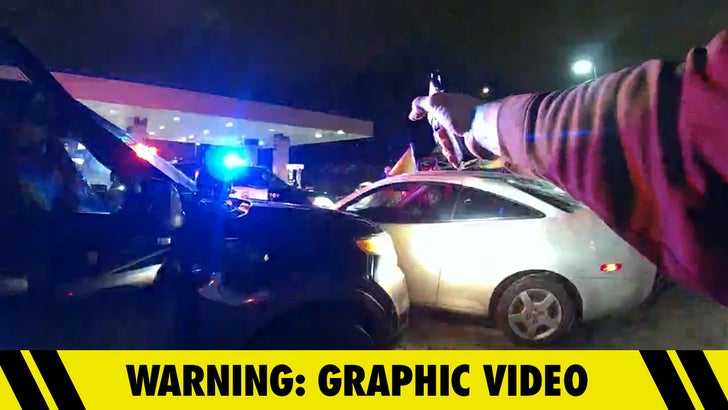 Minneapolis Police just released body cam footage of officers shooting and killing a Black man Wednesday night, but they say he shot first -- a claim the video seems to support.

The incident began as a traffic stop of a man Minneapolis PD say was a suspect in a felony crime. When the video begins 3 cop cars are surrounding the man's vehicle in a gas station parking lot. You can hear one officer yell, "Drop your gun" as another charges toward the scene with his weapon drawn.

As officers yelled for him to stop and put his hands up, the man tried to drive away ... but the cops had him pinned in with their patrol cars. That's when it appears a bullet shattered the windshield of a cop car, and then multiple officers started shooting.

You can hear at least a dozen shots fired. The man was killed ... while his female passenger was not hurt. Police have not identified the man, but his family says it was 23-year-old Dolal Idd. 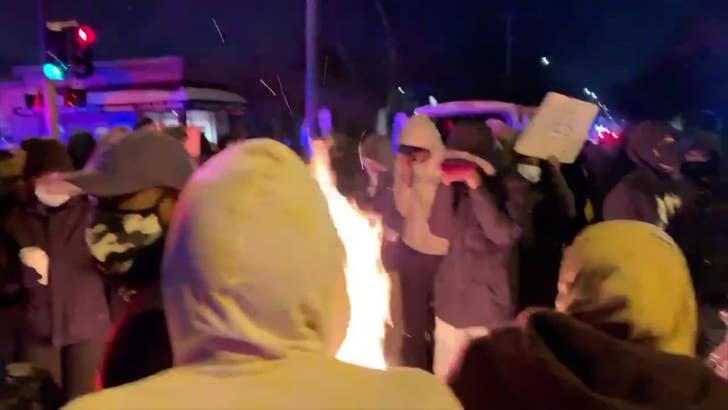 A group of about 100 protesters gathered at the scene late Wednesday night, and the Mayor and Police Chief both made pleas for peaceful protests. The fatal shooting comes 7 months after the killing of George Floyd and the unrest that followed in Minneapolis. 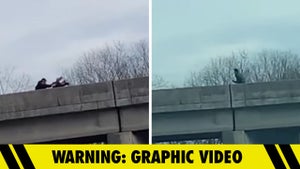 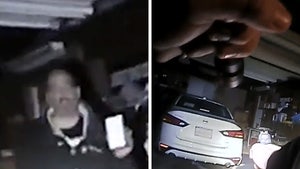