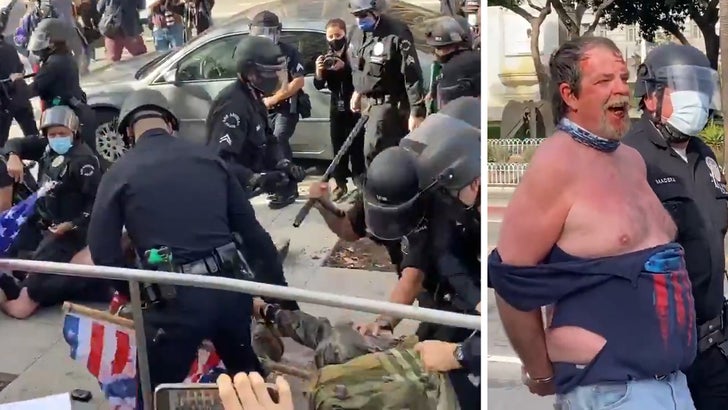 The violence in D.C. has spread across the country to Los Angeles, and it's feeling like the beginnings of a civil war.

Trump protesters violently clashed with members of Black Lives Matter in downtown L.A. Wednesday. A number of people were arrested. A number were also injured, although the scene is so chaotic now it's hard to know how many.

The L.A. violence went down at the same time Trump supporters in D.C. were inside the Capitol staging an attempted coup.

A woman was shot in the melee and was in critical condition.

The Capitol is currently overrun by Trump demonstrators. They are everywhere. In the House and Senate chambers, Speaker Nancy Pelosi's office ... everywhere.

Trump has finally asked them to stop the violence. But, earlier in the day, when Trump addressed his supporters, he said, "After this, we're going to walk down there ... you'll never take back our country with weakness. You have to show strength and you have to be strong."

Trump had dog-whistled over the Xmas holidays something big was going to happen on January 6th. He tweeted, "Big protest in DC January 6th. Be there, will be wild!"

As of the time of this post, Joe Biden still has not been officially confirmed as the 46th President of the United States. 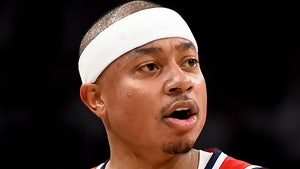 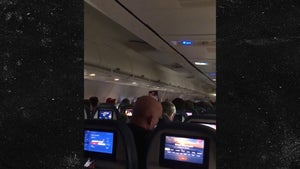