Lamar Jackson is giving a huge shoutout to the Bills Mafia ... thanking the fanbase for flooding his charity with more than $360k in donations after suffering a concussion against Buffalo on Saturday.

Aside from smashing tables and other tailgate debauchery, the Bills Mafia is well-known for coming together to financially support causes tied to their players and opponents over the past few years.

After Lamar went down in the 3rd quarter of the Bills' 17-3 win over the Ravens in the divisional round of the playoffs, fans decided to show support by making donations to the QB's "Blessings in a Backpack" movement, which helps fight childhood hunger.

Lamar Jackson has gone back to the locker room after this hitpic.twitter.com/VjtNDVq8Rk

The former MVP took notice of the move on Monday ... heaping praise on the fans for their awesome gesture.

"Appreciate that #BillsMafia," Jackson said on Twitter. "Means A lot not to only me but those kids as well."

Appreciate that #BillsMafia Means A lot not to only me but those kids as well💜💜 https://t.co/fDNjJMpni9

Remember, Bills fans shelled out more than $415k to Andy Dalton's foundation when he led Cincinnati to a Week 17 win over the Ravens in 2017 ... which helped Buffalo secure a playoff spot for the first time in forever.

The Bills Mafia also came together for their own QB when Josh Allen's grandma, Patricia, passed away the day before a game earlier this season ... donating more than $1 MILLION to the John R. Oishei Children’s Hospital in Buffalo in her name.

Props to Bills Mafia for the gesture ... and get well soon, Lamar! 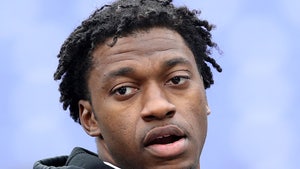 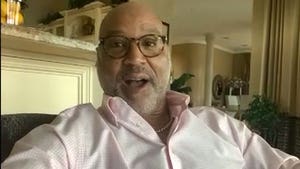