New York Mets GM Jared Porter -- who had just helped the team land Francisco Lindor in a blockbuster trade -- has been fired ... after he admitted to sending a penis picture to a female reporter.

The journalist -- described in a bombshell ESPN report as "a foreign correspondent who had moved to the United States to cover Major League Baseball" --- told ESPN through an interpreter under the condition of anonymity that she had met Porter while he was working in the Chicago Cubs' front office in 2016.

The woman says the two had seen each other in an elevator at Yankee Stadium and exchanged business cards. Soon after, she claims he began texting her.

Copies of the texts were obtained by ESPN ... and they showed Porter and the woman initially had casual conversations. But, the baseball exec began complimenting her, messages show, calling her "pretty," "beautiful," and "gorgeous."

At one point, she says Porter asked if she had a boyfriend.

The woman says she stopped responding after that photo ... but says Porter kept on messaging.

The woman claims Porter sent over 60 texts to her ... with one featuring a naked, erect penis. She says after he sent her that photo, she demanded he stop.

"This is extremely inappropriate, very offensive, and getting out of line. Could you please stop sending offensive photos or msg," the woman wrote.

When reached by ESPN for comment, Porter admitted to texting with the woman ... adding, "the more explicit ones are not of me. Those are like, kinda like joke-stock images."

The Mets said Monday they would look into it all ... and early Tuesday morning, team owner Steve Cohen announced he was firing Porter.

"We have terminated Jared Porter this morning," Cohen said. "In my initial press conference I spoke about the importance of integrity and I meant it. There should be zero tolerance for this type of behavior."

After working with the Cubs and winning the 2016 World Series, Porter was hired to be an assistant general manager with the Arizona Diamondbacks. He later joined the Mets in the GM role on Dec. 13, 2020. 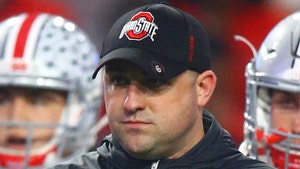 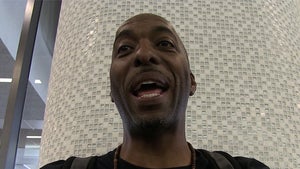 You Might Want to Rethink Fired TMZ Sports MLB Baseball