DJ Spinderella just went off on Lifetime's Salt-N-Pepa biopic ... a project she's got nothing to do with, and she's pissed about the level of disrespect.

S-N-P's former DJ blew her top Friday, one day before the movie debuts, saying she was disappointed to learn "a decision was made to move forward with a Lifetime biopic that wrongfully excluded me from every aspect of development and production all the while using my image throughout, given that I played an integral role in the group's story and success." 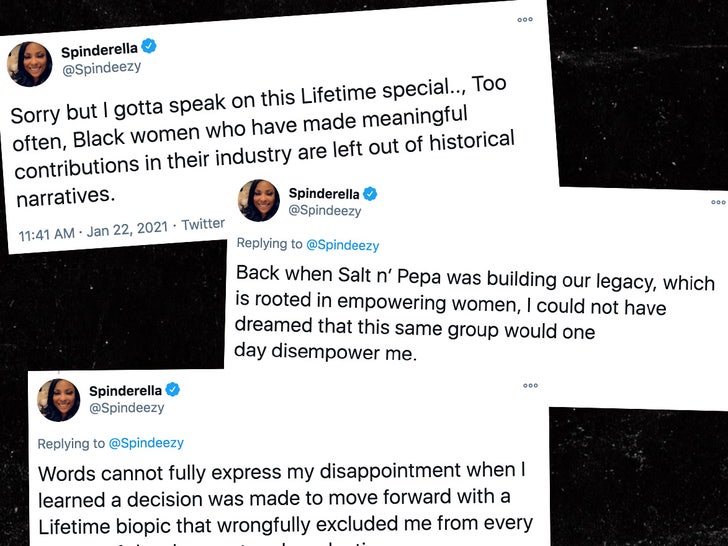 Spinderella said she felt compelled to speak out because "too often, Black women who have made meaningful contributions in their industry are left out of historical narratives." She's especially mad because she says S-N-P was all about empowering women, so she "could not have dreamed that this same group would one day disempower me."

It's not all bad news ... Spinderella changed her tune near the end of her tweets to say she's in the final stages of writing her memoir, which she calls "a personal journey navigating through life, relationships, and the industry that raised me. 30+ years is a lot of content and I'm ready to share."

As we've reported ... Spin fell out with Salt and Pepa years ago, and she sued the group back in July 2019, claiming she was not getting paid royalties owed to her. Five months later ... the lawsuit was dismissed with prejudice after a confidential settlement was reached, according to Spinderella's attorney, Paul Stafford. 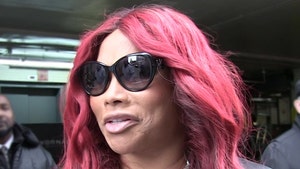 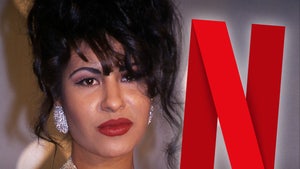