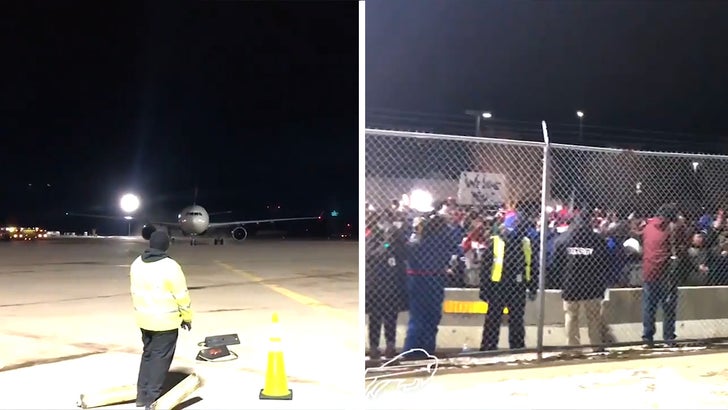 It was 3 AM and a freezing 15 DEGREES -- but Bills Mafia came out in force at the airport in Buffalo Monday morning to welcome the team home after a crushing loss in the AFC Championship.

... and the video is pretty awesome!

They held signs, rocked Bills flags and chanted "Let's Go Buffalo" to cheer on their squad as Josh Allen and the boys returned from Arrowhead.

3AM.
15 degrees.
But #BillsMafia still showed up.

It's just another amazing show of support from a fan base that's not only lifted Buffalo -- but rallied to support opposing teams and players ... just ask Lamar Jackson and Andy Dalton.

Of course, the Bills fell short to Patrick Mahomes and the defending champion K.C. Chiefs on Sunday night in a 38-24 loss in the AFC championship game -- but the team had one helluva 2020 season.

Buffalo finished the season with an impressive 13-3 record, winning the AFC East in the process over the surging Miami Dolphins.

Plus, they lost to the Chiefs one game shy of the Super Bowl -- nothing to be sad about!!!

Josh Allen has vowed to lead his team back to the AFC title game next season -- and yeah, he's got the talent and the squad to get there ... so, get warm and keep your heads up, Bills Mafia!!!