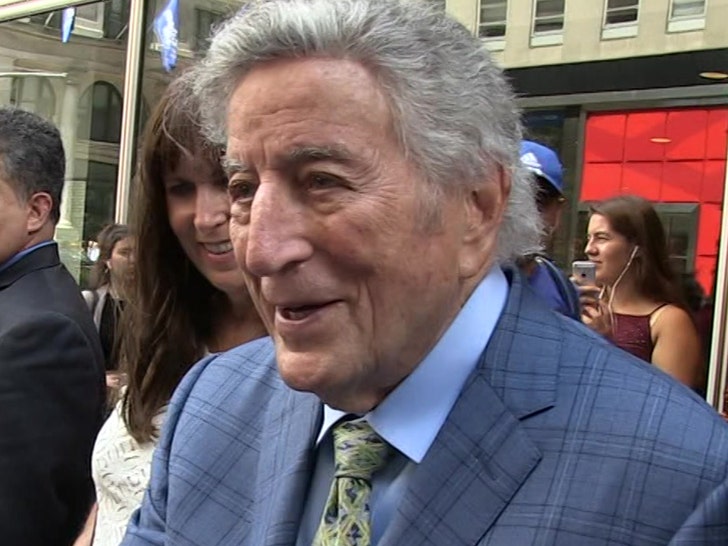 Tony Bennett is revealing he's suffering with Alzheimer's Disease ... but he says he's been battling it since 2016.

The beloved singer revealed his diagnosis to AARP magazine ... and his family says there were warning signs well before doctors confirmed it. Like in 2014 when he and Lady Gaga got together to record "Cheek to Cheek." Tony's wife, Susan, said Tony was already showing clear signs of the disease back then. The duo went on to tour together in 2015.

Moments after AARP posted the article ... Tony tweeted, "Life is a gift -- even with Alzheimer's. Thank you to Susan and my family for their support, and @AARP The Magazine for telling my story."

Life is a gift - even with Alzheimer’s. Thank you to Susan and my family for their support, and @AARP The Magazine for telling my story.

Susan and Tony were open about some day-to-day struggles ... like when she had to tap Tony on the shoulder to remind him they were doing an interview while talking to AARP.

But, there's also reason to be optimistic. Dr. Gayatri Devi, the neurologist who diagnosed Tony back in 2016, says, "He is doing so many things, at 94, that many people without dementia cannot do. He really is the symbol of hope for someone with a cognitive disorder."

The world's pulling for ya, Tony.