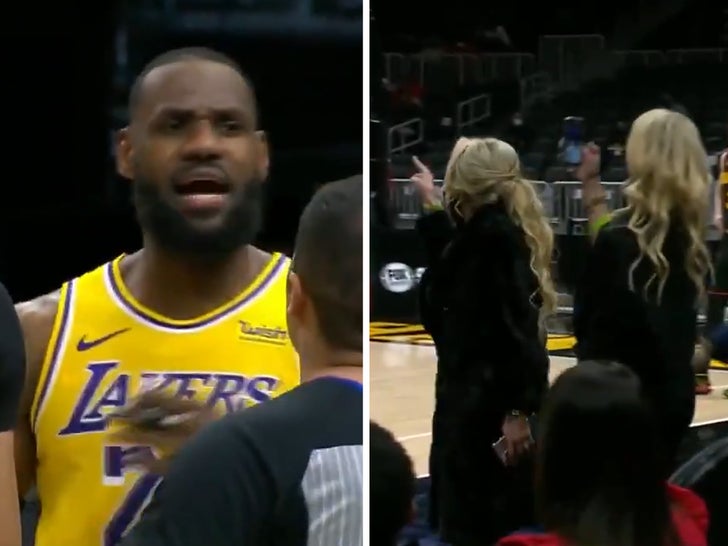 Juliana Carlos is publicly apologizing for screaming, yelling and cussing at LeBron James during Monday night's game ... saying she takes "full responsibility" for crossing the line.

"To say things escalated quickly at yesterday's game is an understatement, and I want to apologize for losing my cool and removing my mask in the heat of the moment," Juliana said in a statement.

"My husband is a huge sports fan and we're passionate people, and let's be real; sports wouldn't be sports without a little trash-talking."

She continued, "What should have been quick back-and-forth between two adults got out of hand and my natural instinct to stand up for the man I love kicked in."

"Did I get defensive when that happened? Yes. Did I use offensive language when I could have taken the higher road? yes. And for these things, I take full responsibility."

She came. She saw. She got ejected for cussing out LeBron James!!!!

A woman and her husband were removed from the Lakers vs. Hawks game in Atlanta on Monday night for going absolutely nuclear on LeBron from the sideline ... and man, it's insane!!

The referees stopped the game after LeBron was heckled by a spectator in Atlanta. pic.twitter.com/apoDqvt4ll

The woman is Juliana Carlos -- an Instagram model who attended the game with her husband, Chris Carlos.

The couple was sitting courtside -- when the woman claims her husband got into a heated verbal argument with LeBron (which Bron confirmed after the game).

Juliana decided to get involved ... and began screaming, cussing and flipping off James from her insanely expensive seats causing a huge scene!

Worth noting ... the woman was initially wearing a COVID mask, but removed it to yell at LeBron.

In fact, the scene got so wild the refs stopped the game and the woman -- along with her husband and 2 others -- were all ejected from the building.

While she was getting the boot, Juliana flipped on her IG Live and gave her side of the story ... complete with threats and LOTS of F-bombs!! 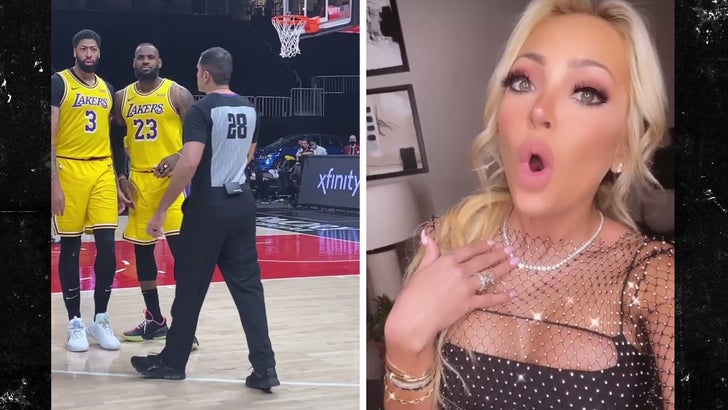 "Anyway, I'm minding my own business, drinking, having fun. All of the sudden, LeBron says something to my husband, and I see this and I stand up. And, I go, 'Don't f***ing talk to my husband.' And, he looks at me and he goes, 'Sit the f**k down, b*tch.'"

LeBron James on what happened courtside with the fan pic.twitter.com/S1kQdsCsbq

As for the couple, Bron thinks booze may have been a factor -- "They might have had a couple drinks, maybe."

"I don't think taking down the mask harmed anybody," Bron added ... "I wasn't close enough to her."

Bron expressed concern for a few of the refs who got close to the woman -- "I hope they're okay. Safety first."

The NBA legend then dropped a tweet -- saying, "Courtside Karen was MAD MAD!!" 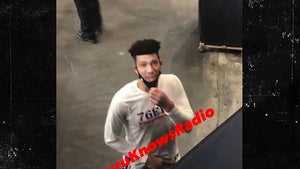 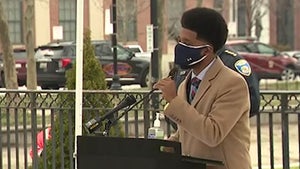