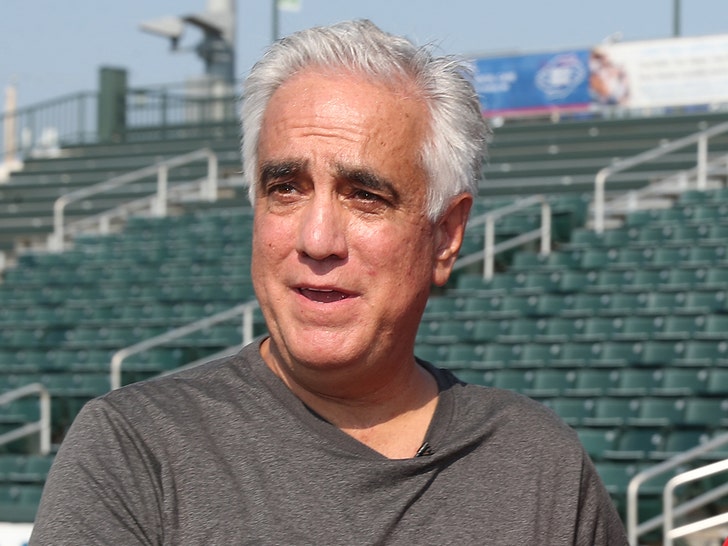 Pedro Gomez -- longtime ESPN reporter -- has died suddenly at the age of 58, the network announced.

ESPN has not revealed the cause of death -- only noting he died "unexpectedly at his home" on Sunday afternoon.

Gomez joined ESPN in April 2003 and was one of the most respected Major League Baseball reporters in the country ... covering over 25 World Series throughout his impressive career.

ESPN president Jimmy Pitaro released a statement on Gomez's passing, saying ... “We are shocked and saddened to learn that our friend and colleague Pedro Gomez has passed away.”

“Pedro was an elite journalist at the highest level and his professional accomplishments are universally recognized. More importantly, Pedro was a kind, dear friend to us all. Our hearts are with Pedro’s family and all who love him at this extraordinarily difficult time.”

Prior to joining ESPN, Gomez worked for several newspapers in the '80s and '90s -- including the Sacramento Bee -- where he was a beat reporter for the Oakland Athletics.

The Dodgers tweeted, saying they're "stunned and saddened to hear about the passing of Pedro Gomez. We are thinking of his family, friends and colleagues and offer our condolences during this difficult time."

The Red Sox also issued a statement on social media, saying ... "Our hearts go out to the Gomez family, including Pedro Gomez’s son, Rio, a pitcher in our minor league system."

Pedro -- who passed away suddenly -- tweeted about the Super Bowl only several hours ago.

Gomez -- a south Florida native who attended the University of Miami -- is survived by his wife, Sandra, and their 3 children.