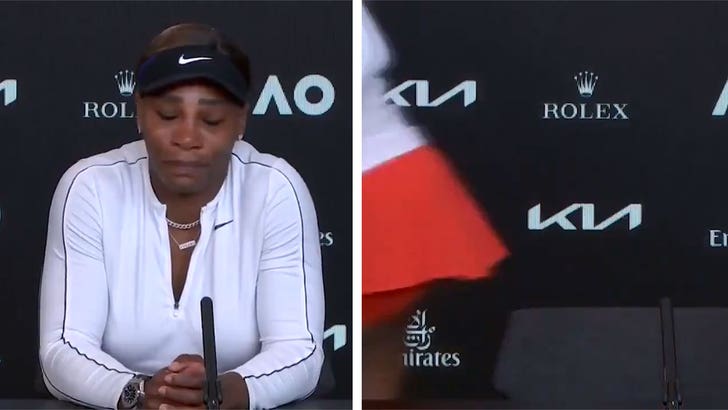 Emotional moment for Serena Williams -- who choked back tears before abruptly ending a press conference after her loss to Naomi Osaka at the Australian Open.

The 39-year-old superstar was defeated by Osaka in straight sets in a semi-finals match Thursday morning -- and as she left the court, put her hand on her heart to show love for the Australian crowd.

She takes down Serena Williams in straight sets to advance to the finals at the #AusOpen pic.twitter.com/IJ9Xjh7w0l

During the post-game press conference, Serena was asked if the gesture meant she was saying "farewell" ... especially with all the retirement talk following her these days.

Moments later, Serena was asked about the unusual amount of unforced errors she committed during her match with Osaka ... was she injured or was it just a bad day at the office?

That's when Serena grabbed a sip of water, took a deep breath ... and seemed to fight back the tears.

Obviously, she just lost a match she cared deeply about winning -- and she's understandably emotional. But, it's unclear if she's seriously considering retirement.

As for her opponent, Naomi Osaka did her post-game presser wearing a Lakers jacket in an apparent tribute to her former mentor, Kobe Bryant.

Kobe Bryant became a mentor for Naomi Osaka when she was dealing with some adversity in 2019. She wore a Kobe Lakers jersey after every match on her way to winning the 2020 US Open. Here she is channeling her Mamba Mentality after beating Serena Williams at the Australian Open. pic.twitter.com/Wvg4zBZOtj

And, when she was asked about her mindset going into the Serena match ... she sounded just like Mamba. 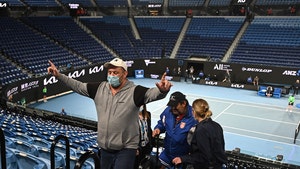 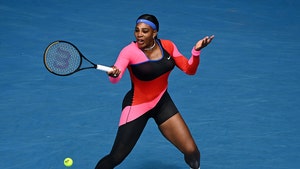