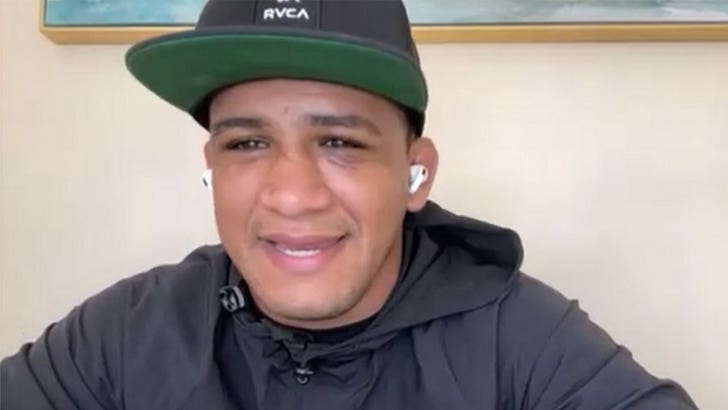 Gilbert Burns' title hopes were crushed by Kamaru Usman only days ago ... but the UFC star's already plotting his return to the Octagon -- and he wants Colby Covington!!

TMZ Sports talked to Burns following his 3rd round TKO loss to Usman at UFC 258 last weekend ... and the 34-year-old fighter made it clear he ain't looking for R&R after having his 6-fight UFC win streak snapped.

Still, Burns -- who says he suffered NO serious injuries in his fight -- knows he isn't the only one lookin' for an Usman rematch (Chaos wants one too) ... so GB's down to fight any of the top guys in the welterweight division.

Gilbert says he doesn't care about Colby's trash-talking and antics outside the cage ... he just wants to get his hands on the #1 ranked contender.

"Just sign the contract. Let's fight. You can call me whatever you want. Let's fight sooner than later. I'm in my prime, you're in your prime, we both want the rematch. Let's see who wins first."

Kamaru Usman returned the favor in Round 2 and dropped Gilbert Burns 😳 #UFC258 pic.twitter.com/rHHDIqbDTF

Burns says the ultimate goal is still a UFC goal ... and he wholeheartedly believes he will fight Usman again -- in the not too distant future -- and that he will win this time around. 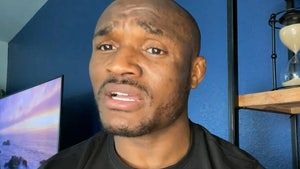 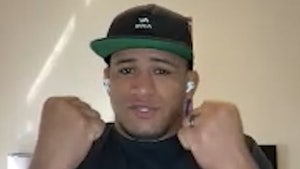 UFC's Gilbert Burns Says 'No Animosity' with Kamaru Usman, Beer After the Fight!