Here's Joe Montana admitting something that must be tough to say ... Tom Brady is the greatest NFL quarterback of all time.

The 49ers legend -- who was widely considered the greatest ever during and after his NFL career -- says TB12's accomplishments are simply better than his.

Montana appeared on ESPN's "First Take" on Wednesday and was asked straight-up if Brady has replaced Joe as the NFL's G.O.A.T.

Joe said he's well aware of the G.O.A.T. debate -- "but if you look at what Tom's been able to accomplish in his time that he's played, I think it puts him definitely up there in the top of the list." 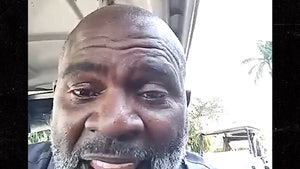