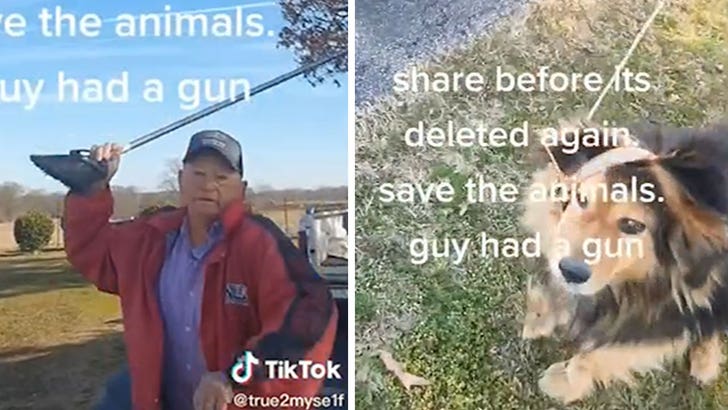 An elderly man who was confronted about dragging his dog down the highway with his truck didn't appreciate it much ... so he went after his accuser with a broom.

The incident was shared on TikTok last month, but the story's full of twists and turns since then ... and thankfully the poor pup is okay. According to the accuser ... the old man, Malcolm Taylor, dragged his dog down the highway at 50 mph, but he denies even going down the highway.

When he's told he almost killed the dog, the old man acknowledges it ... but suggests it was an accident. He says the dog was in the back of his pickup and he didn't know it jumped off. The dog's collar does look like it was nearly yanked off its head.

The old guy gets a bit heated as he's being scolded, and when the accuser says he's going to report him ... the old man pulls a broom out of his truck and chases him away. 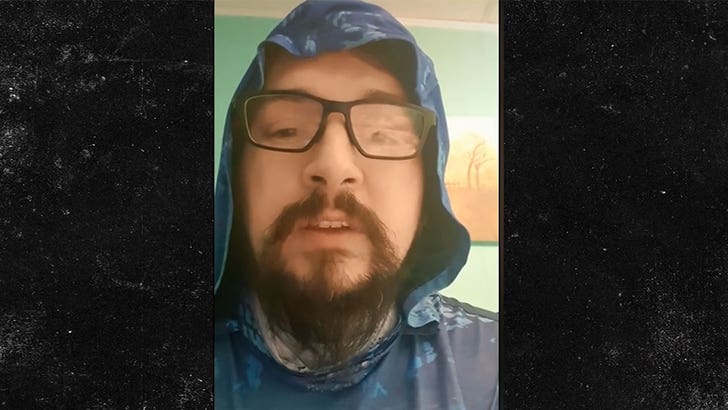 Here's where it gets really weird -- the accuser, Brett Young, is now claiming he's the one in a legal mess over this. He says the old man is pretty high up in the community -- with connections to the mayor of Hackleburg, AL -- and got him fired and evicted for reporting his alleged animal abuse.

However, the mayor, Darryl Colburn, tells us he only knows Malcolm Taylor through acquaintances ... and to say he has any pull in the city is incorrect. Colburn also tells us he's spoken to Young and asked him to retract his claims about being evicted/fired because of Taylor's ties to the mayor ... telling us that scenario is totally false.

The accuser also claims the old man had a gun, which is why he didn't escalate the situation or try to take the dog himself. 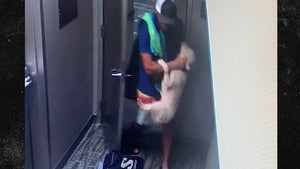