A couple claiming a Maggiano's seated all its customers of color in the back ... is getting an apology, but the restaurant chain also insists it wasn't segregating patrons.

Here's the backstory -- a Black woman named Dot claimed on Instagram she and her husband had reservations last weekend at the Maggiano's in Orlando, and when they showed up ... they were ushered all the way to the back of the joint. 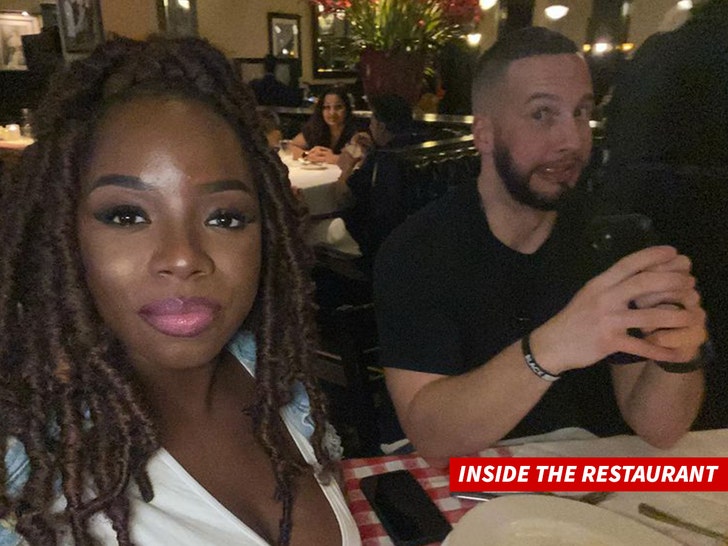 Dot claims this pattern of seating people continued throughout their visit, and she posted a couple photos with her hubby to make her point. She also speculated that a nearby Trump rally that day may have factored into the restaurant's motivations. 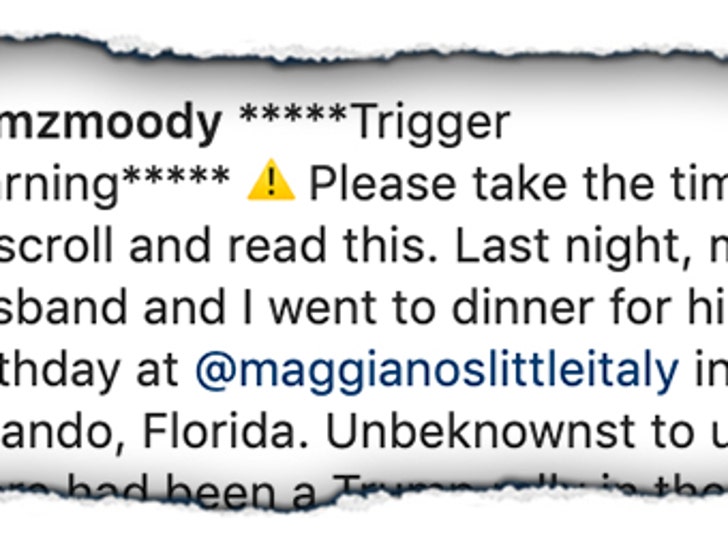 While Maggiano's insists the seating situation had nothing to do with race, the restaurant chain still apologized, saying ... "We understand that two valued Guests felt unwelcome when they dined at our Maggiano’s restaurant in Orlando on Sunday, February 28, and for that we sincerely apologize."

As for an explanation, Maggiano's says it investigated the incident, and says the reason for the perceived segregation is because "a single large party of 30 African-American guests" requested to be seated together.

The restaurant says when Dot and her husband arrived, "our system suggested a table that was still occupied by Guests, which prompted the reassignment of their new table" ... which happened to be in the back.

However, Maggiano's acknowledges the table reassignment didn't make the couple feel welcome. It adds that it's going to work to ensure future seating arrangements "are not just computer generated but have a human touch."

Dot later revealed Maggiano's sent her a $200 gift card and the chain's President Steve Provost reached out to her.

Provost tells TMZ ... they've also offered Dot a celebration for her husband's B-day in one of its banquets with their friends, and asked for "a do-over." 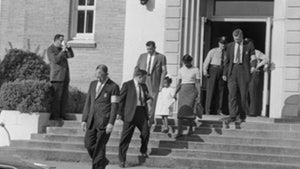 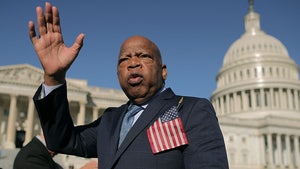