Idaho is attempting to pass legislation that would make it illegal for government entities to enforce mask mandates -- something folks there are celebrating by rolling out burn barrels and having their children fan the flames with actual face coverings.

The supposed state-wide protest happening Saturday is being dubbed #FreeIdaho or #BurnTheMask -- and it was organized, in part, by Idaho State Representatives Dorothy Moon and Heather Scott ... who plugged the event earlier this week in a joint video they filmed.

The politicians say they support the "grassroots" movement to show disapproval of different mandates that have gone into effect across the state over the past year. There's no state-wide mask mandate, but about 9 counties and 10 ID cities have such emergency orders.

A website they published for this cause also laid out a number of different "burn sites" all throughout Idaho -- with a major one being held right outside the Idaho Capitol steps.

Check out these photos that show several different adults and families encouraging their kids to grab surgical masks by the handful and toss them into the flames of metal barrels with fire inside.

It's pretty eerie to watch ... because the kids, who probably don't know any better, laugh with glee as they get rounds of applause for each time they throw a mask into the embers.

The committee voted to print the bill, with some edits made on the fly, so I can't speak to any more specifics. We'll see it when it gets put online!

Of course, the pandemic is far from over ... and while the cases are dropping nationwide and Idaho's only had about 1,800 confirmed deaths related to COVID ... it's no time to abandon mask-wearing entirely, something some states are choosing to do as the vaccines roll out.

Like we said, about a dozen Republicans in the Idaho state legislature intro'd a bill this past week that would outlaw mask mandates, including in schools and universities. Private businesses would still be able to enforce mask-wearing, however, if passed.

It's expected to be discussed in a hearing at some point this month. 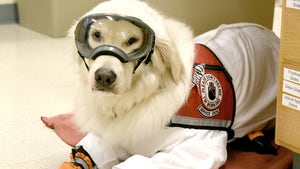 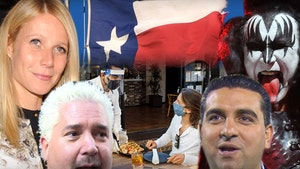 You Might Want to Rethink Politix Viral Controversial S#!T Coronavirus