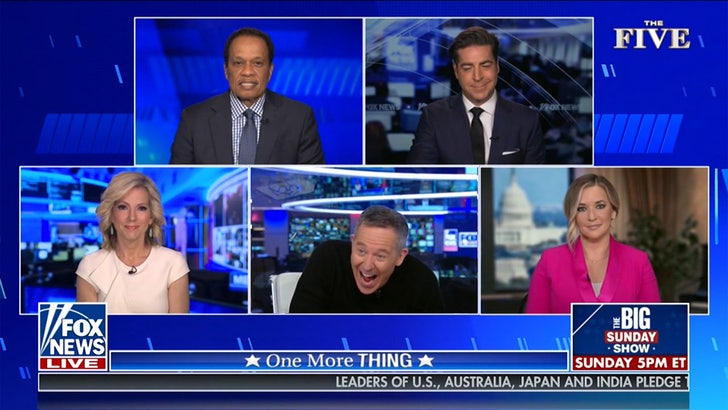 Fox News host Greg Gutfeld really had to use the bathroom, so he broke out in song about his need to relieve ... his bladder, and he did it live on the air.

Ya gotta see the hilarious moment ... Greg's on camera during "The Five," and his mic is hot as he starts singing about having to pee. It seems he doesn't realize they're back from commercial, and although his colleagues try to alert him ... oops!!! 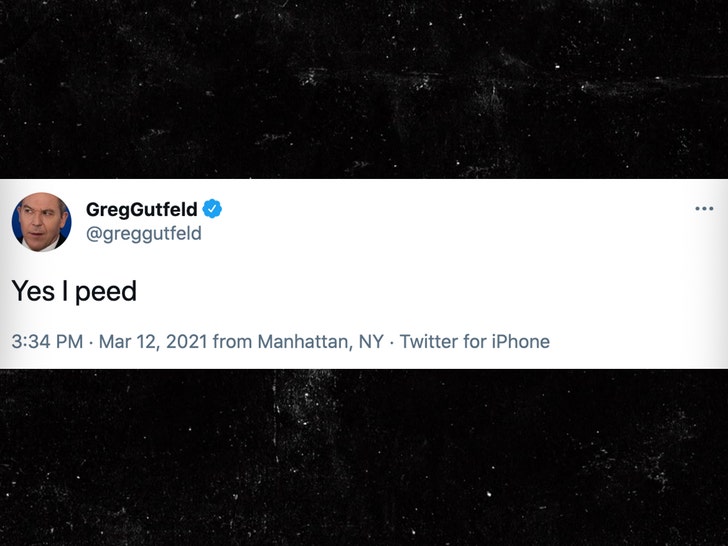 Turns out, he had reason to sing ... after the fact he tweeted confirmation of what went down as soon as he got off-camera.

Greg is known for a segment about litter boxes, and his co-hosts cracked a few jokes about him needing one himself.

Funny stuff all around ... try not to laugh so hard you pee yourself.