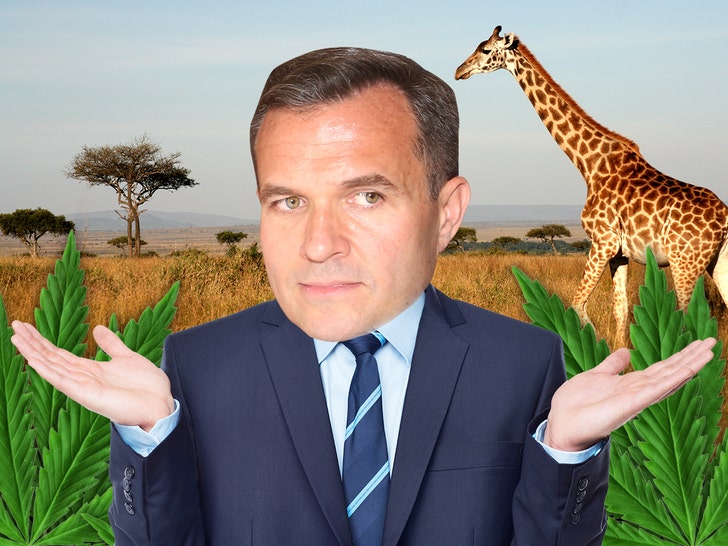 3:42 PM PT -- We got Greg in NYC who certainly didn't offer much detail, but definitely kept his message the same. 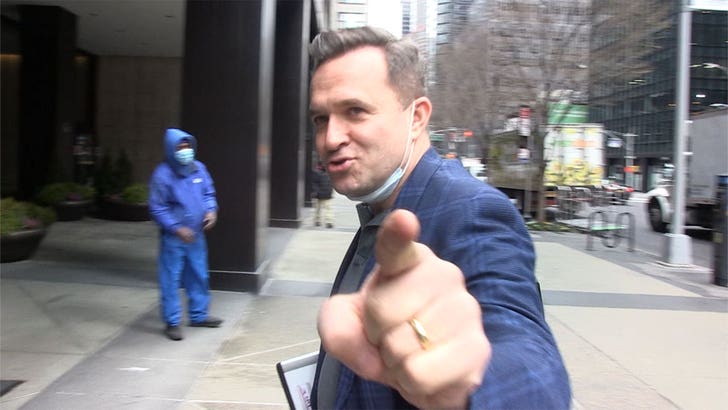 Even Snoop Dogg could learn a thing or 2 about marijuana from Greg Kelly -- that is IF you buy the Newsmax host's "don't do drugs" story ... but almost no one does.

Kelly is telling what he views as a cautionary tale about pot, claiming "SMOKING WEED (aka GRASS) is NOT a good idea." Okay, get past his use of the term "grass" ... he's a man of a certain age, after all.

Anyway, Kelly claims he "toked up" back in the day with some friends in Kentucky "and woke up 4 days later in Nairobi, Kenya. With no idea what happened." Say whaaaat, Greg??? 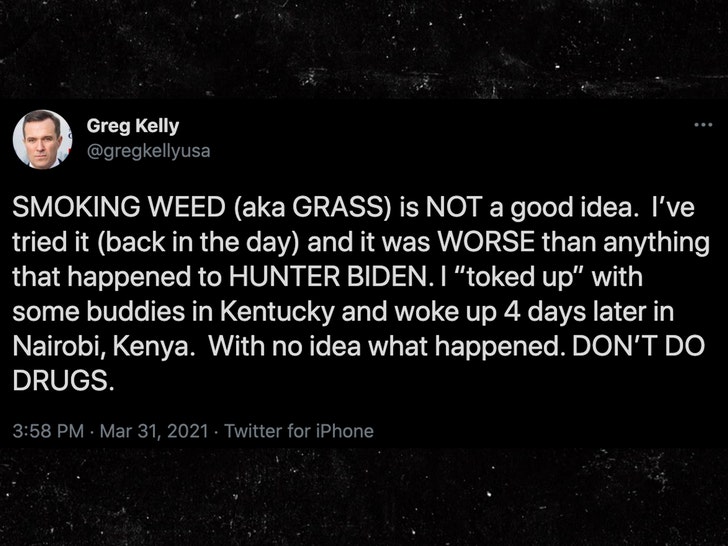 Based on Twitter's response, the news anchor's marijuana warning went up in smoke. Very few people believe this actually happened, or ... if it did happen we've got a newsflash for Greg -- that wasn't weed you were smoking, bro!!!

Kelly even claims his alleged half-baked experience was worse than anything that President Biden's son, Hunter, went through. ICYMI ... Hunter just opened up about his crack addiction in a new memoir.

As for what the hell Greg "Smokey" Kelly might have really been puff puff passing? Well, he might wanna re-watch "Friday."