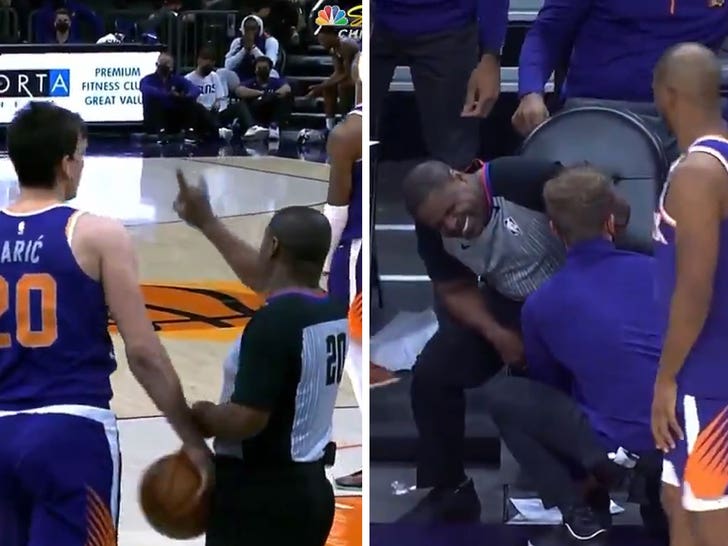 Longtime NBA referee Leroy Richardson was due for a full-on ice bath Wednesday night ... 'cause the guy got banged up in not one, but TWO incidents while officiating a game -- including a shot to the family jewels!!

But, don't worry -- the ref recovered like a true champ and finished the game!! 💪

Richardson -- who's been a ref in the NBA for 26 years -- was working the Suns vs. Bulls game ... when Phoenix power forward Dario Saric accidentally smacked him right in the baby maker.

Saric immediately grabbed Richardson to apologize for the truly unfortunate nut shot ... and eventually, the ref was able to walk it off.

But, the bad luck continued with just 2 minutes left in the game ... when Chicago forward Denzel Valentine accidentally bumped into Richardson while contesting a 3-point shot ... sending the ref flying into the bench and tweaking his ankle in the process.

Either incident would have been a great excuse for a ref to leave the game -- but not Richardson. After all, he was in the Navy for 12 years ... so he's one tough dude!!

It hasn't been a great week for refs -- remember, NCAA official Bert Smith had a scary moment when he collapsed during an Elite 8 game earlier this week ... but thankfully, he's been in stable condition since.

Glad to see everyone is okay ... be safe out there!! 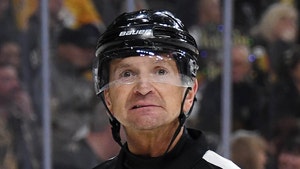 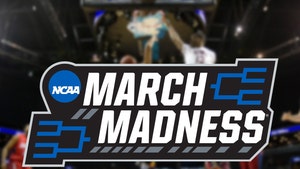