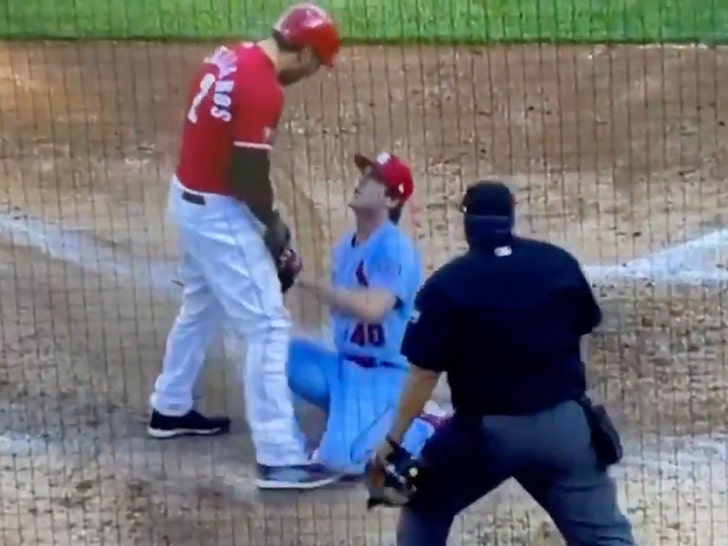 The MLB has just suspended Nick Castellanos -- one of the league's best hitters -- TWO GAMES ... and it's all because the Reds star flexed in a pitcher's face on Saturday.

The ban is wild ... mostly because the events that led up to it were all fairly benign when considering the unwritten rules of baseball.

Here's the deal -- Castellanos had homered on Opening Day against the Cardinals, and pimped the hit with a bat-flip and a stroll to first base.

Nick Castellanos with the first BIG bat flip to hit the Flippin' Bats scale. The trot + the flip = 7.1

Clearly, the Cards didn't love that ... and pitcher Jake Woodford then drilled the Cincy outfielder in the ribs with a 92 MPH fastball in the ensuing game Saturday.

Castellanos hated it, talked a little smack and when he came around the bases to score a few pitches later ... he let Woodford hear it at home plate with a flex and a yell.

First bench clearing situation of the year! Jake Woodford hit Nicholas Castellanos. Then Castellanos scored on a passed ball in the inning and showed some emotion towards Woodford! pic.twitter.com/EUyFxKaPRQ

The benches ended up clearing, but no physical contact happened ... and Castellanos was ejected.

Most thought that would be that -- but MLB decided to drop ANOTHER hammer on Nick on Monday.

The league says it's banning Castellanos two games ... though it is allowing him to appeal -- which means he can still play until the conclusion of the process.

As for the rest of the players involved ... nobody else was hit with suspensions -- with just a few other players getting undisclosed fines.

Yeah ... message to MLB: Let's go ahead and make sure to get this one right in the end and let Castellanos play. 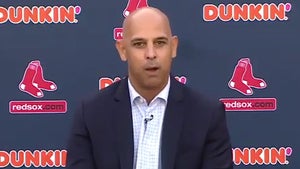 Alex Cora On Astros Cheating Scandal, I Served My Penalty and I Deserved It